Born and raised in the Midwest, Zachery Lechtenbergreceived a BFA from Southern Illinois University in Edwardsville, Illinois and MFA from East Carolina University in Greenville, North Carolina, where he studied with jewelry master Robert Ebendorf.

An accomplished illustrator, Zacherycovers his jewelry with a personal lexicon influenced by contemporary cartoon imagery, particularly the work of Matt Groening, best known for the comic strip Life in Hell and animated series, The Simpsons. Goofy but lovable, Lechtenberg’s characters bear strong symbolical values: the Rat represents a being obsessed with its passions; The ONI/Demon the balance between positive and negative energy.His pieces are signed “Yotburd”, a compound of the verb “yot” (to unite closely, to rivet) and “burd” (for Buried Underground Residential Distribution). He exhibited at Galerie Noel Guyomarc’h in duo with Aurélie Guillaume, an exhibition titled Toc Twee in April 2018. His work can be found in several major personal collections. 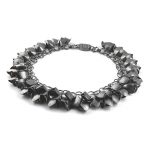 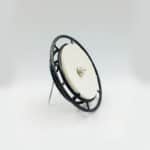