French-Canadian artist Aurélie Guillaume plays with the longstanding link between the technique of enamel (in which powdered glass is fused to metal by firing it at a high temperature) and the art of storytelling. Where makers from other centuries might have presented religious narratives in their brightly colored objects, Guillaume looks to street art, comics, and other forms of popular culture. In her work, a single character is frozen in the middle of a story that remains hidden from the viewer.

Aurélie Guillaume studied jewelry and metalsmithing at the École de joaillerie de Montréal, and at NSCAD University in Nova Scotia, Canada. Her work is featured in the collections of the Enamel Arts Foundation in Los Angeles, the Museum of Art and Design in New York City, the University of Iowa Museum of art, and the Pureun Culture Foundation in Seoul, South Korea as well as major private collections. Galerie Noel Guyomarc’h represents the artist since 2015. 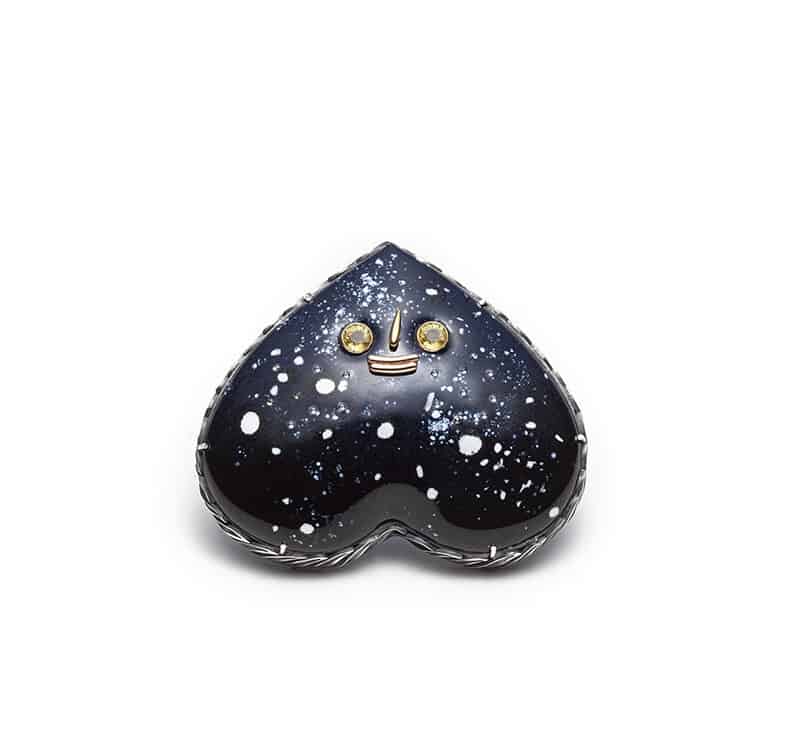 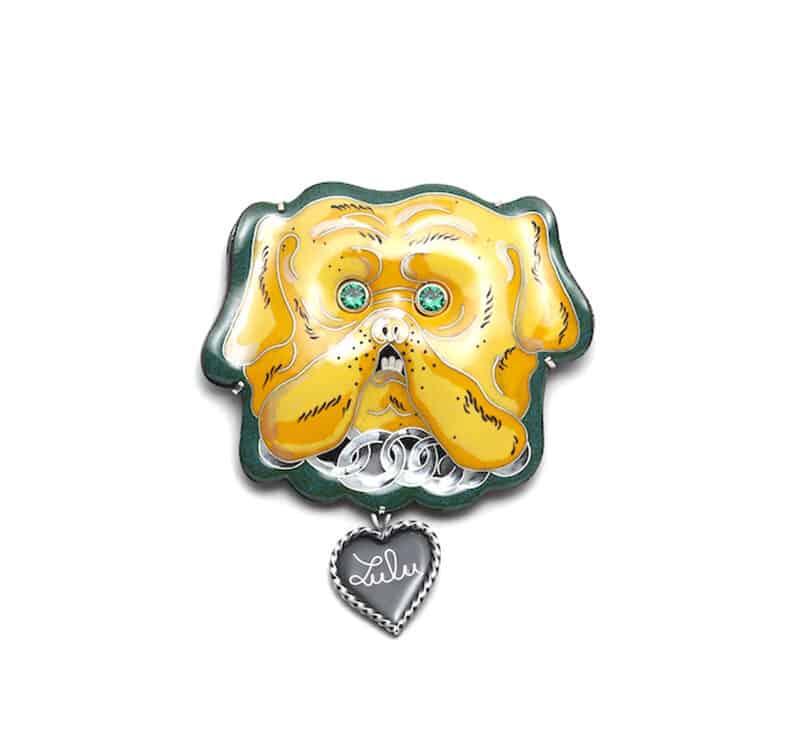 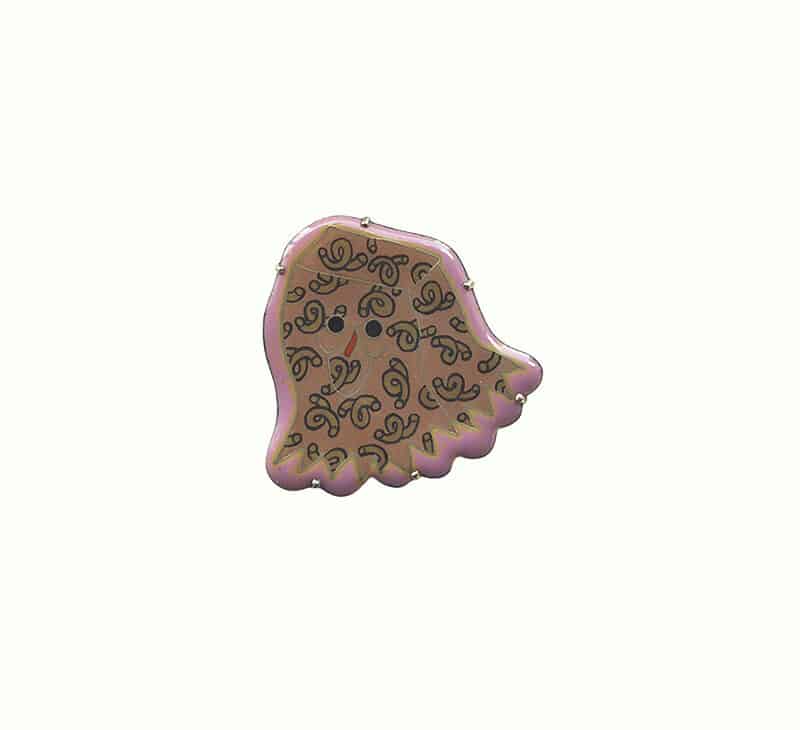 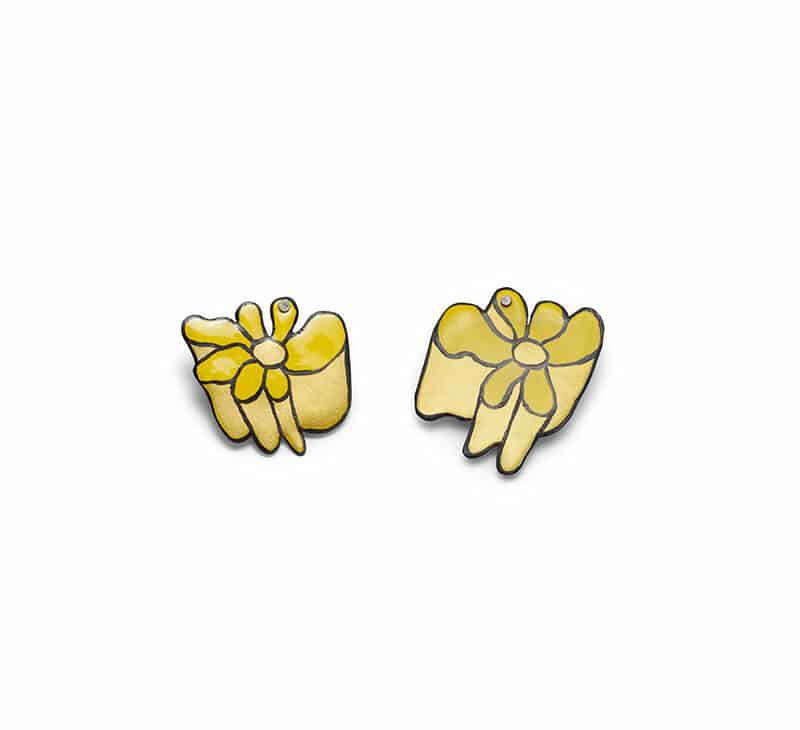 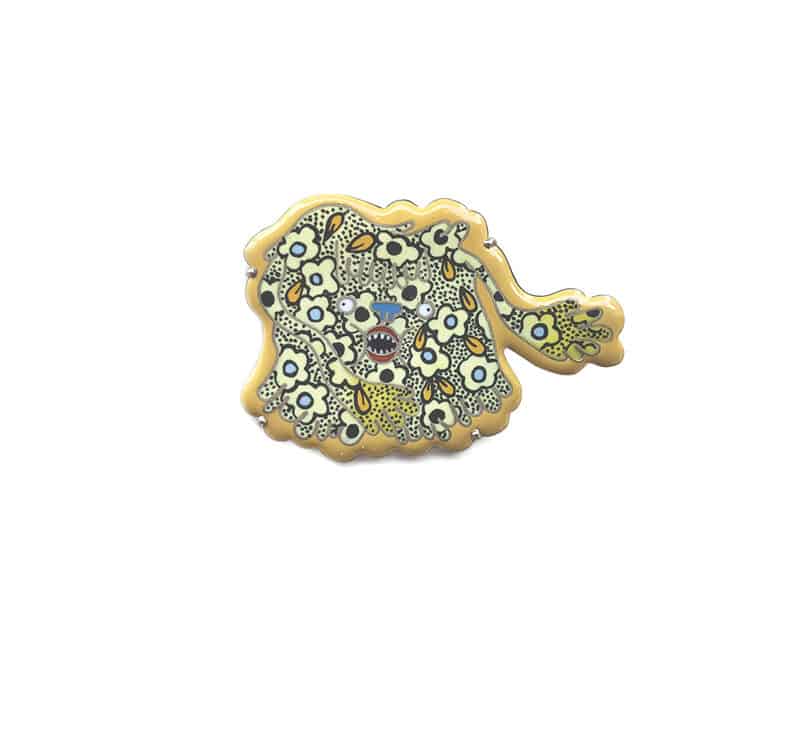 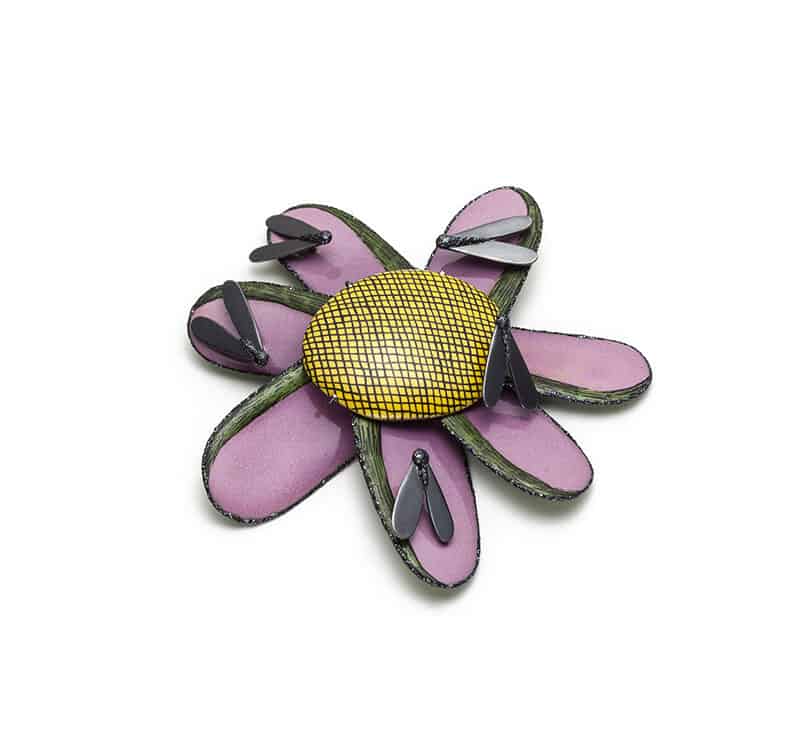 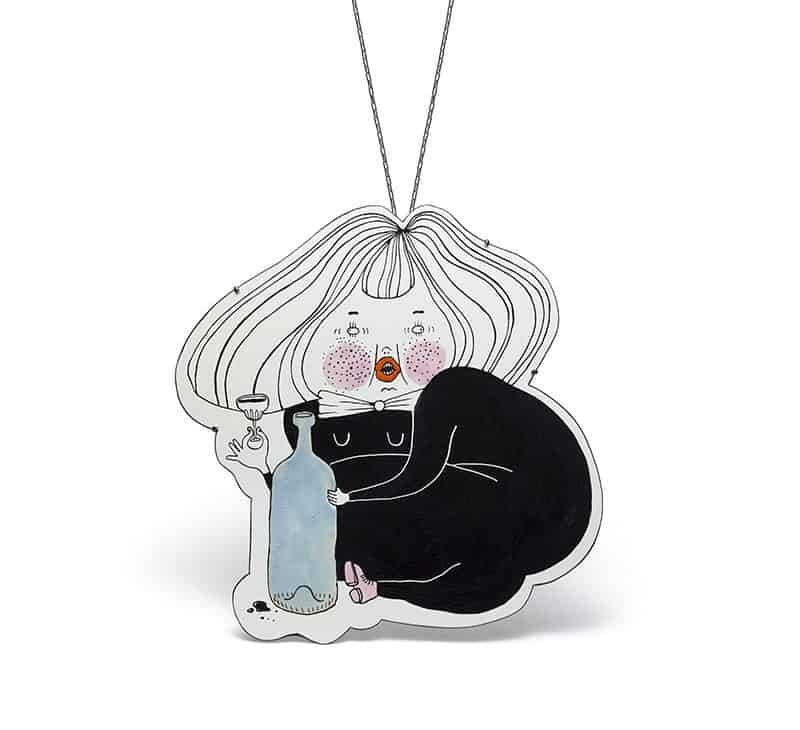 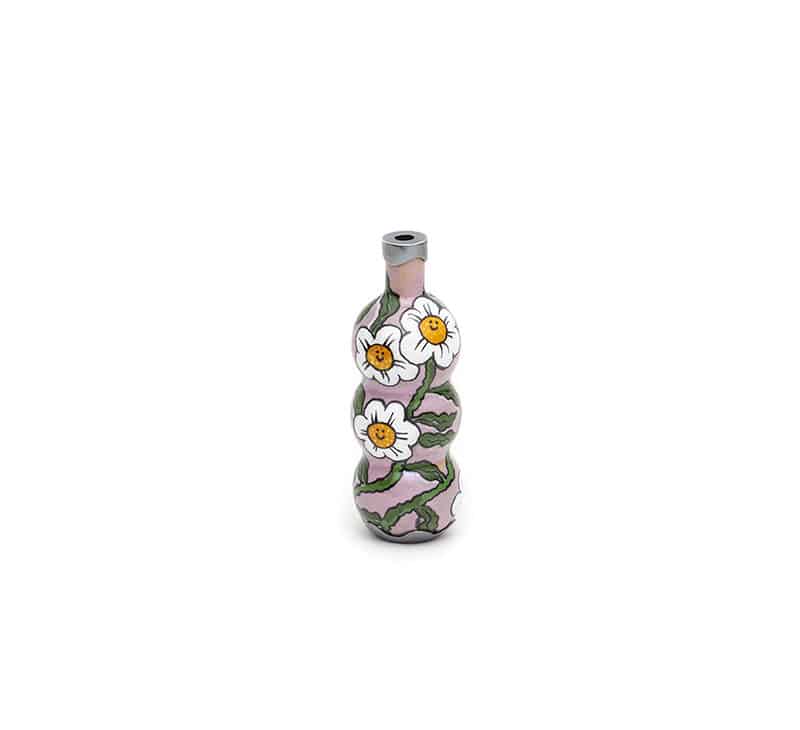 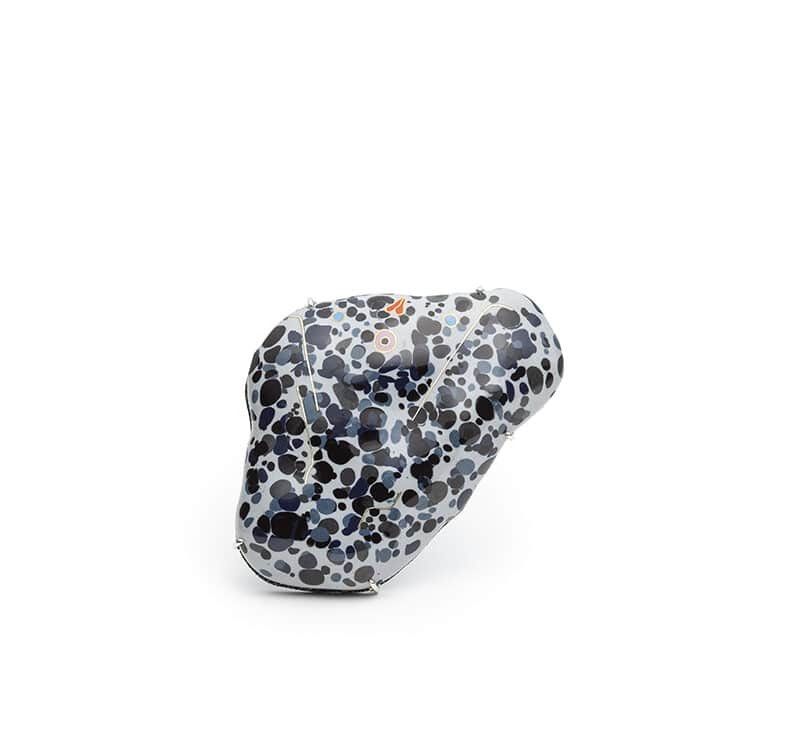 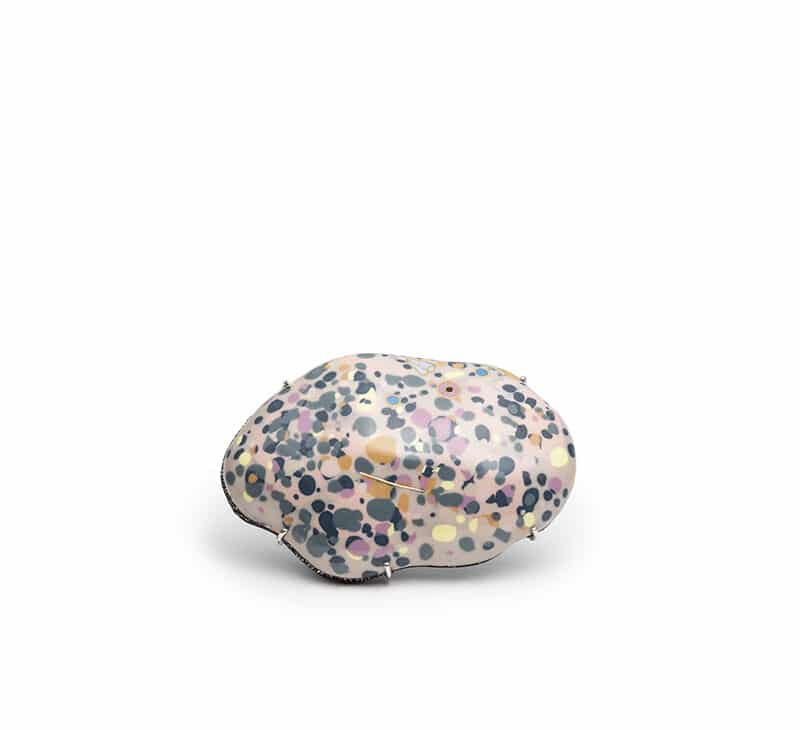 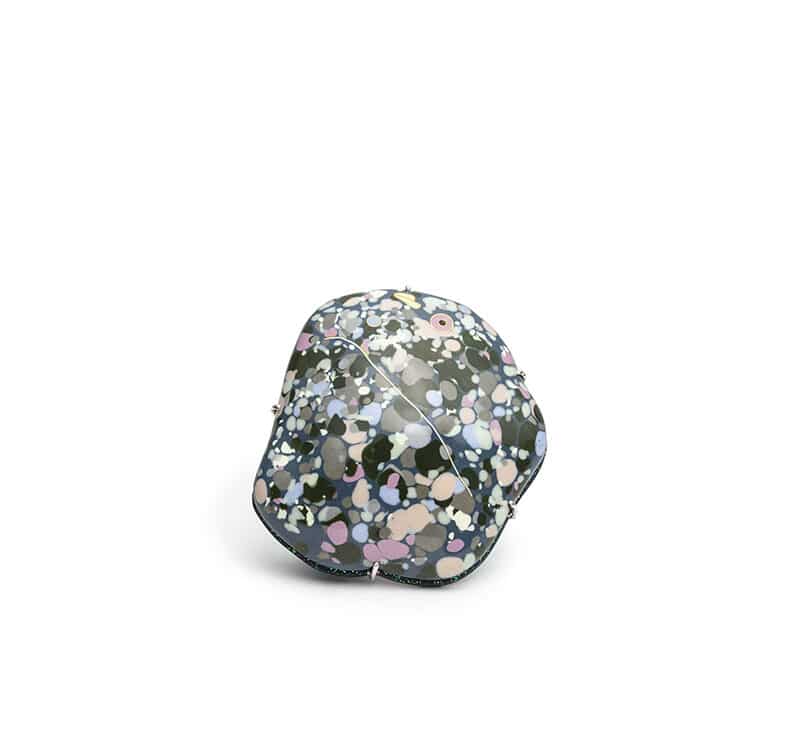 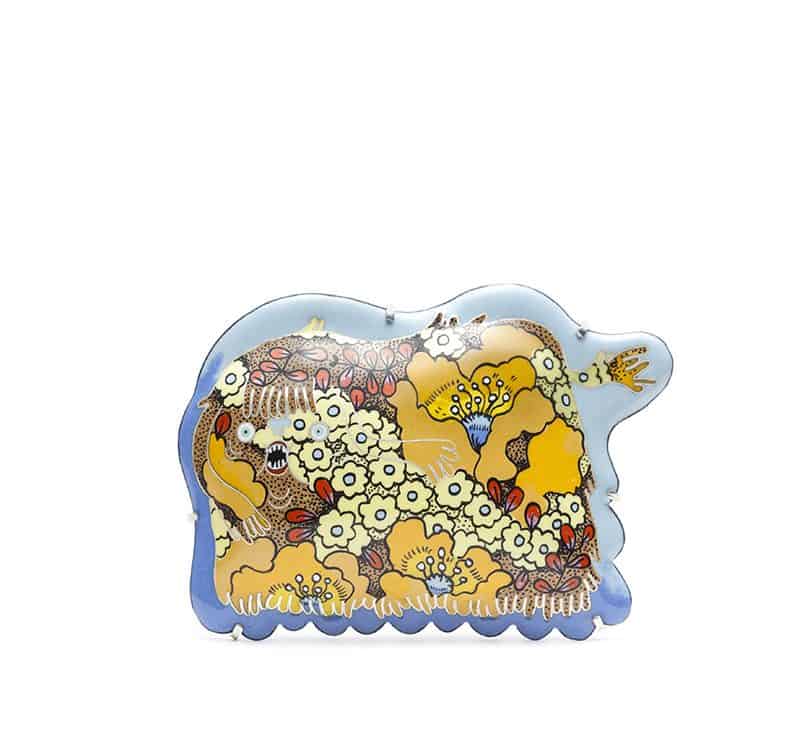 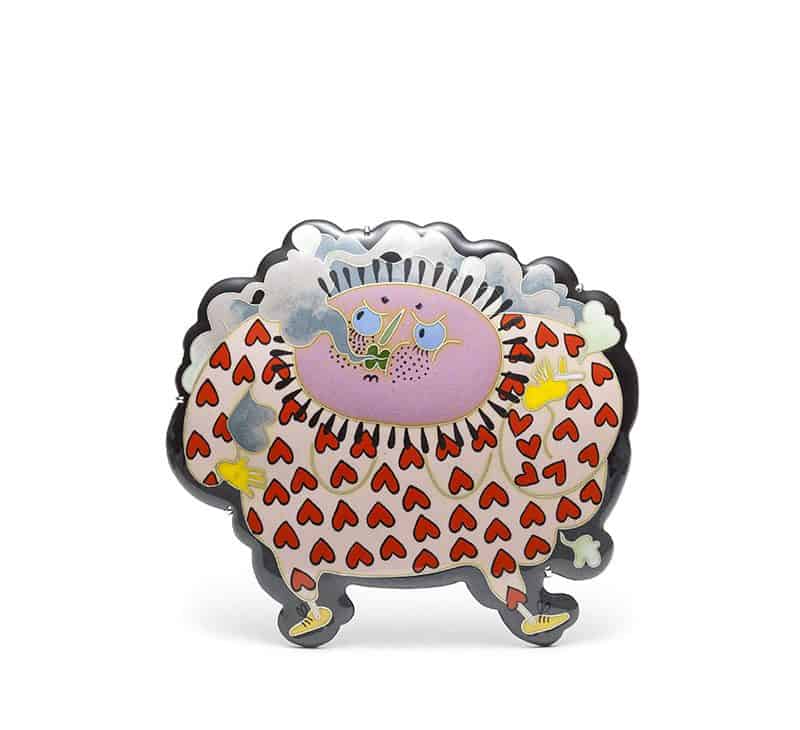 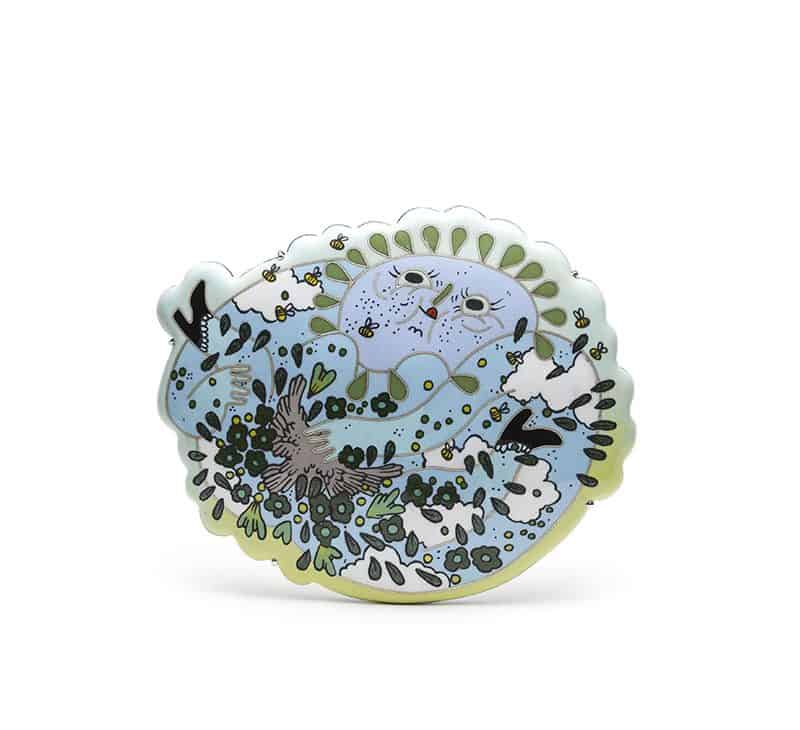 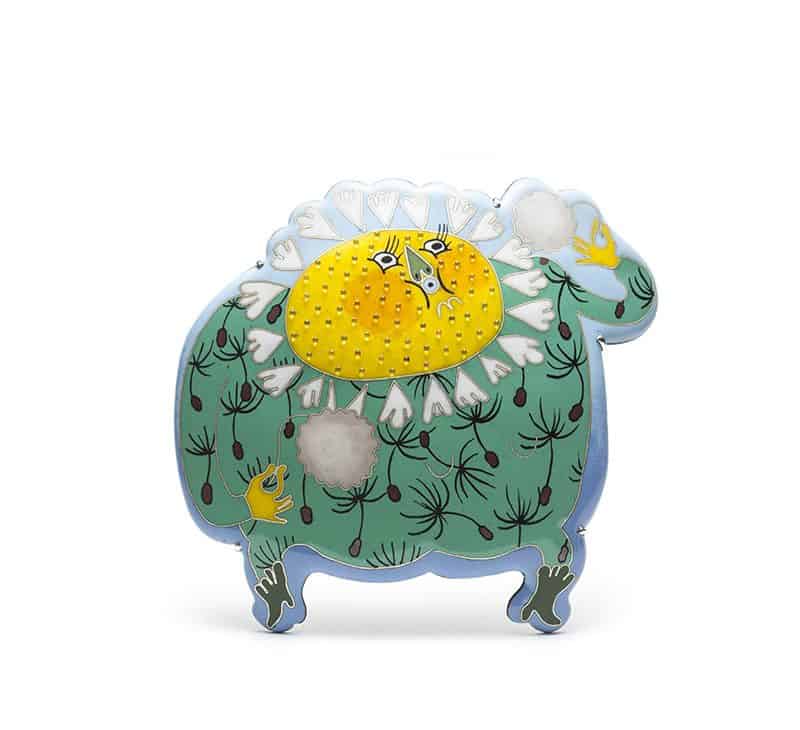 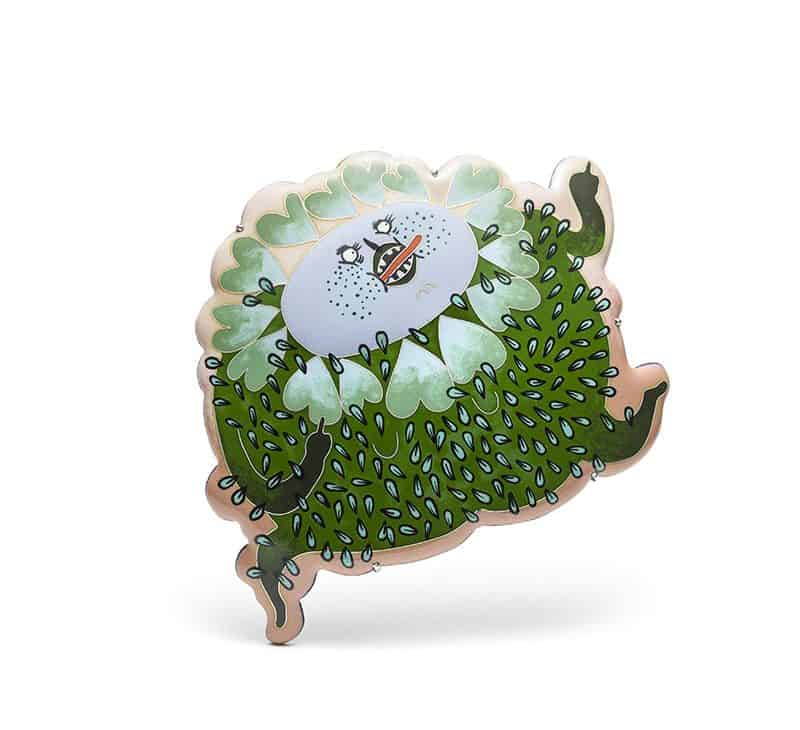 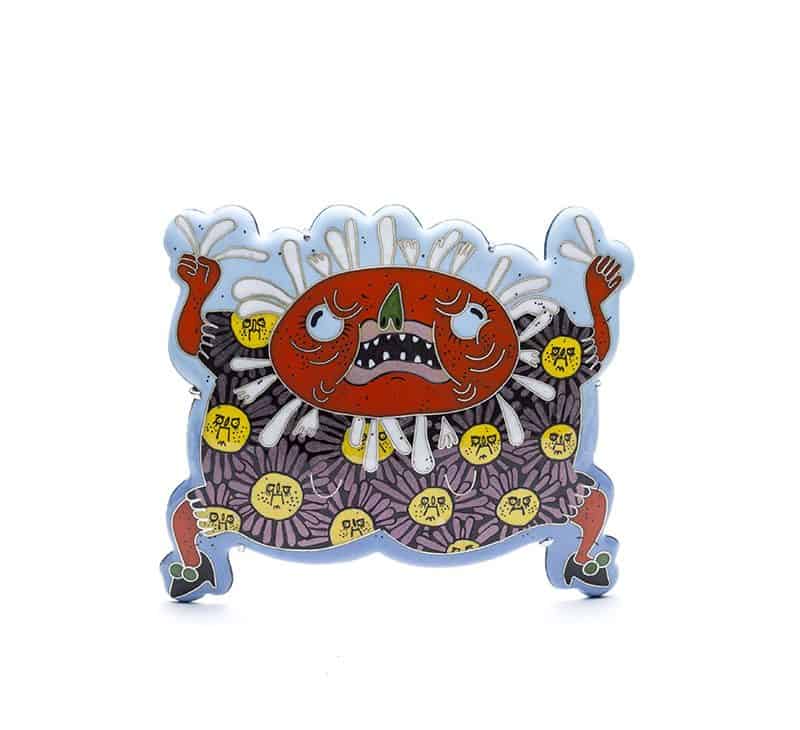 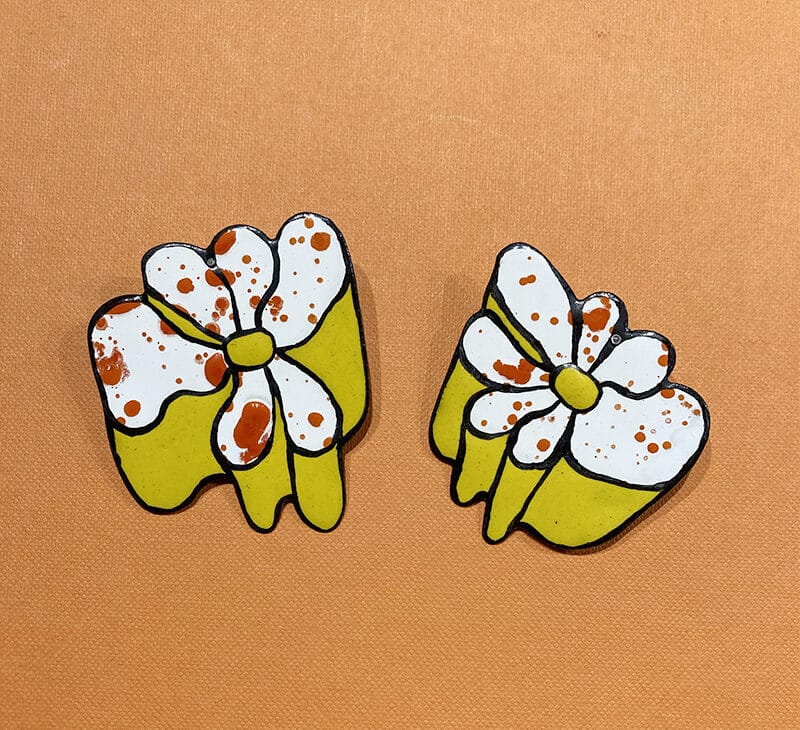 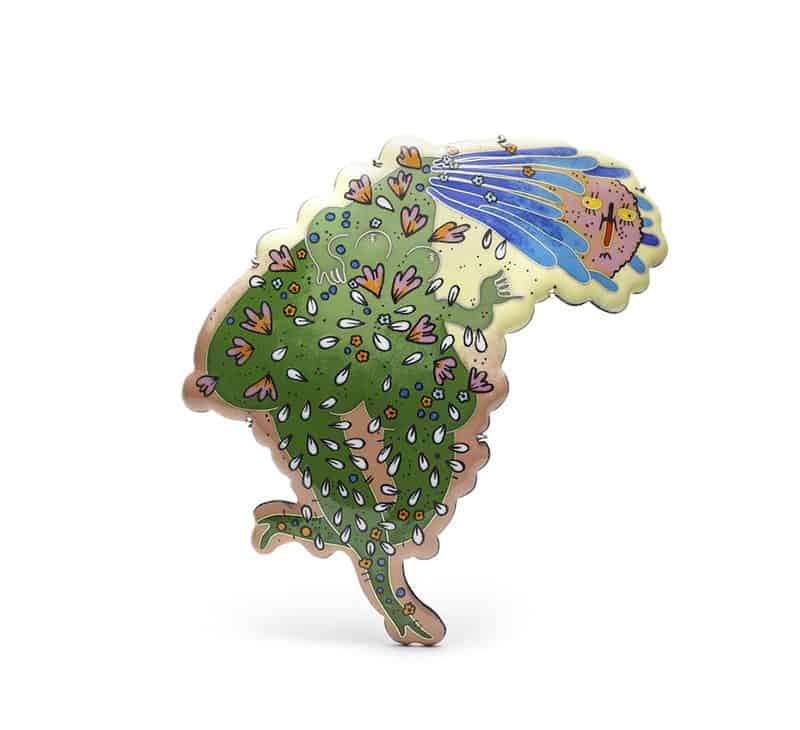 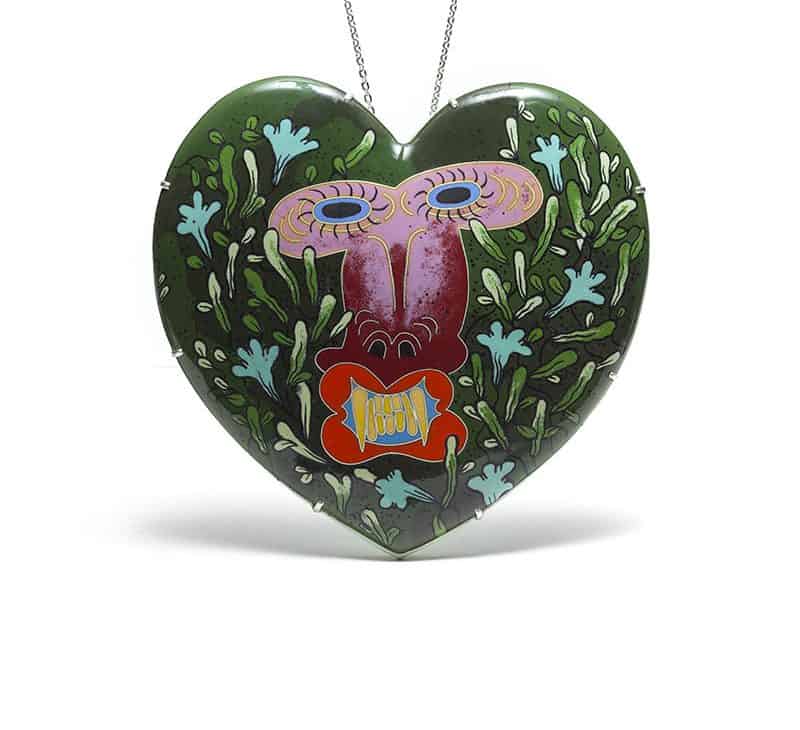 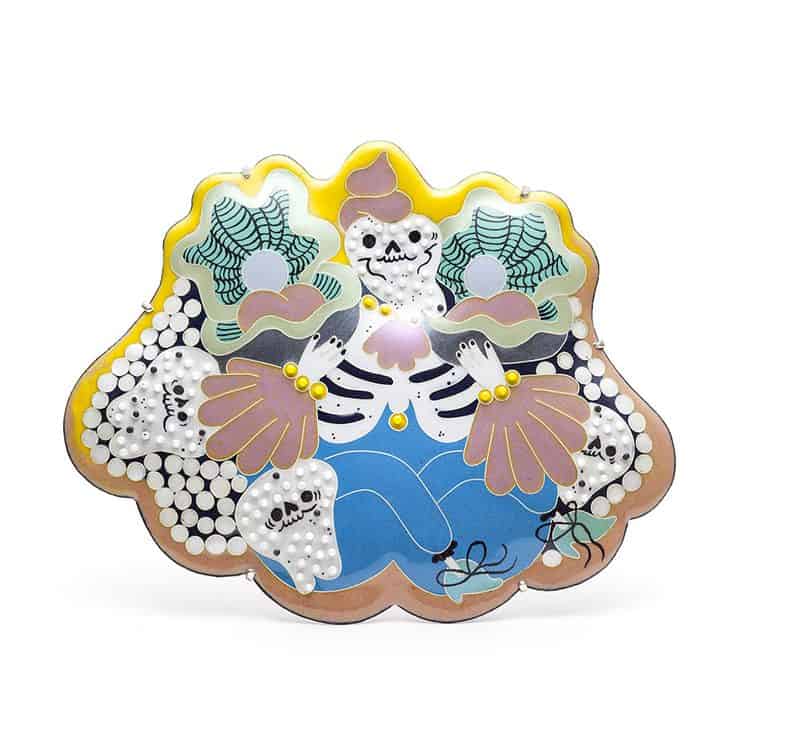 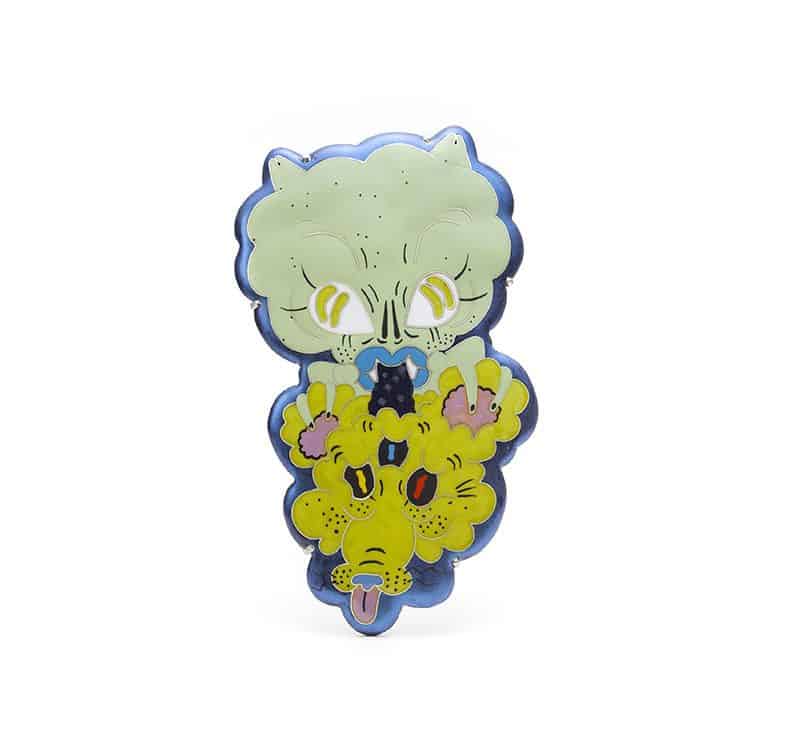 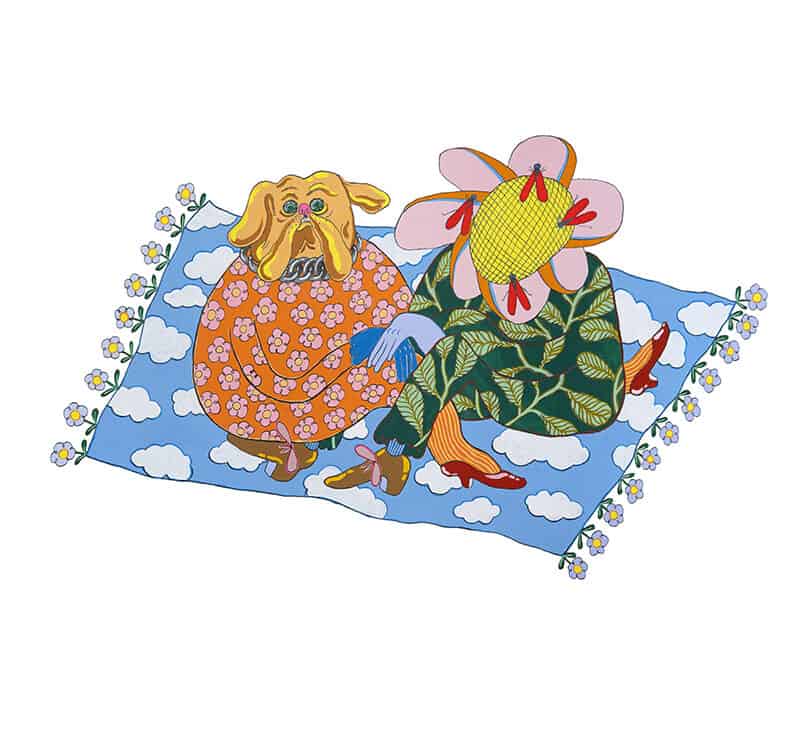 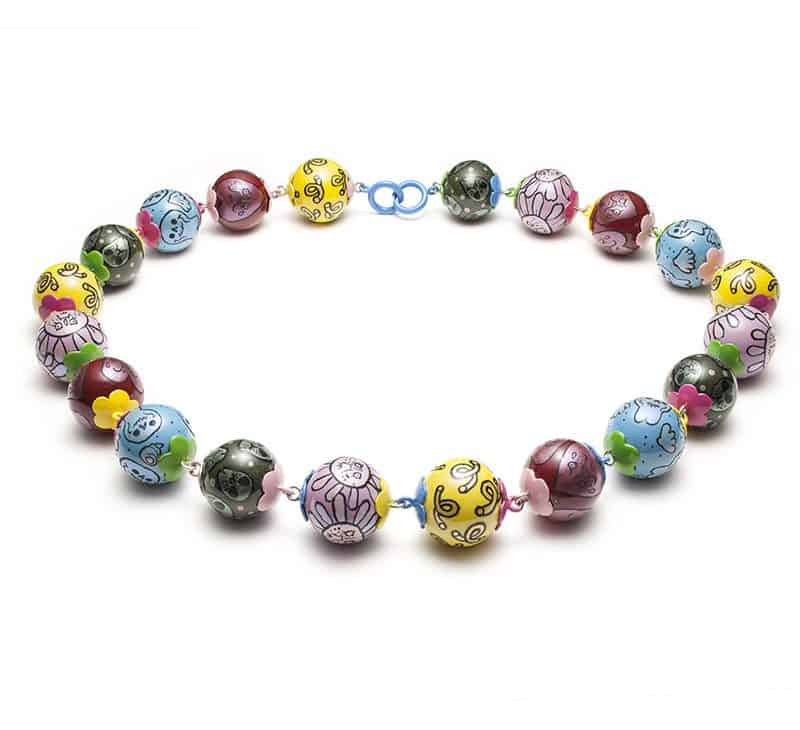 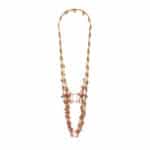 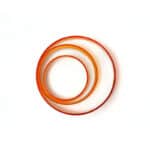