Originally from Germany, Karin Seufert studied in the Netherlands, first at the Schoonhoven vocational school and then at the Gerrit Rietveld Academy in Amsterdam. Her work has been exhibited extensively over the years and is included in many collections including the Museum of Modern Art in Arnhem, the Musée des Arts Décoratifs et de la Mode in Marseilles, the Racine Art Museum in Wisconsin and the Hiko Mizuno College of Jewellery in Tokyo. Moving away from the materials normally associated with jewellery and preciousness, Karin Seufert has chosen PVC as her preferred material. Her search for materiality is as much visual as it is tactile, each object being composed of hundreds of small PVC circles that are assembled with each other. This assembly process also reflects through its result the artist’s gesture, its duration and its repetition. Reflecting the outline of each of these small elements, the silhouette of each object is derived from the same form: the circle. By slightly distorting it, bending it or removing a thin section, all very subtle interventions, Seufert manages to evoke various recognisable objects and elements, which she skilfully reduces their simplest expression. On top of different collections such as Stones and Butterfly, she is presenting for the first time her new series Bug. 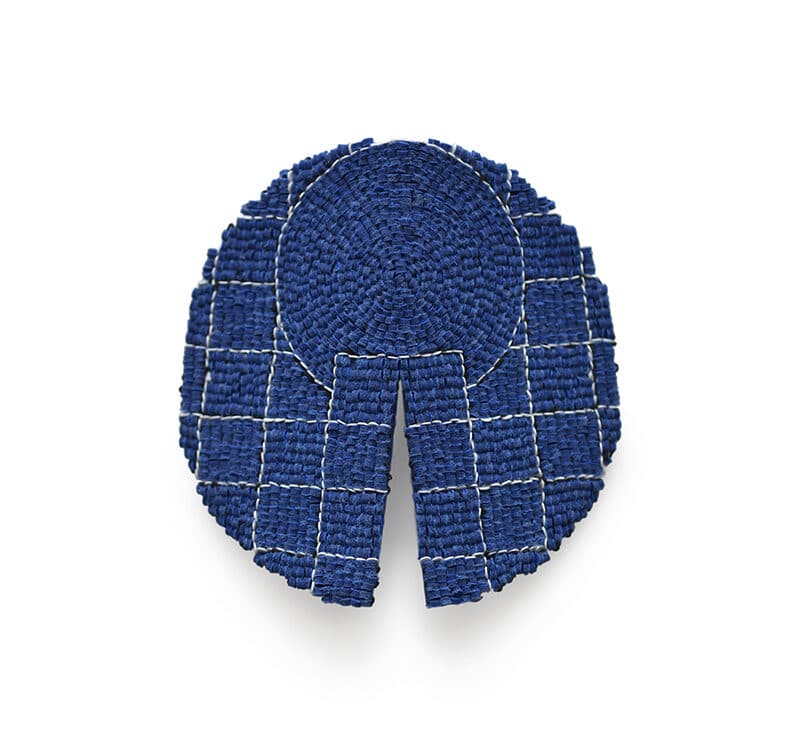 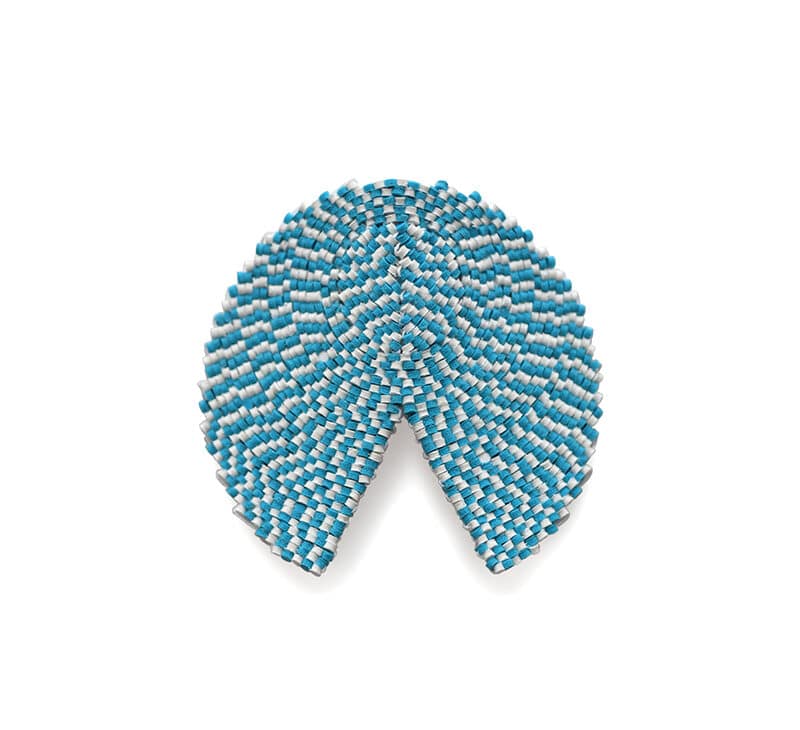 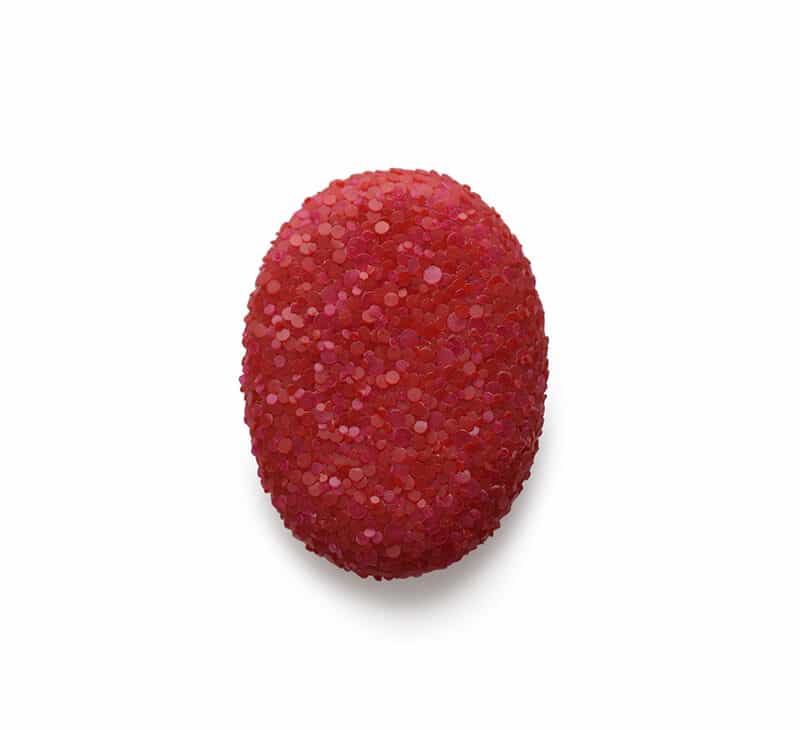 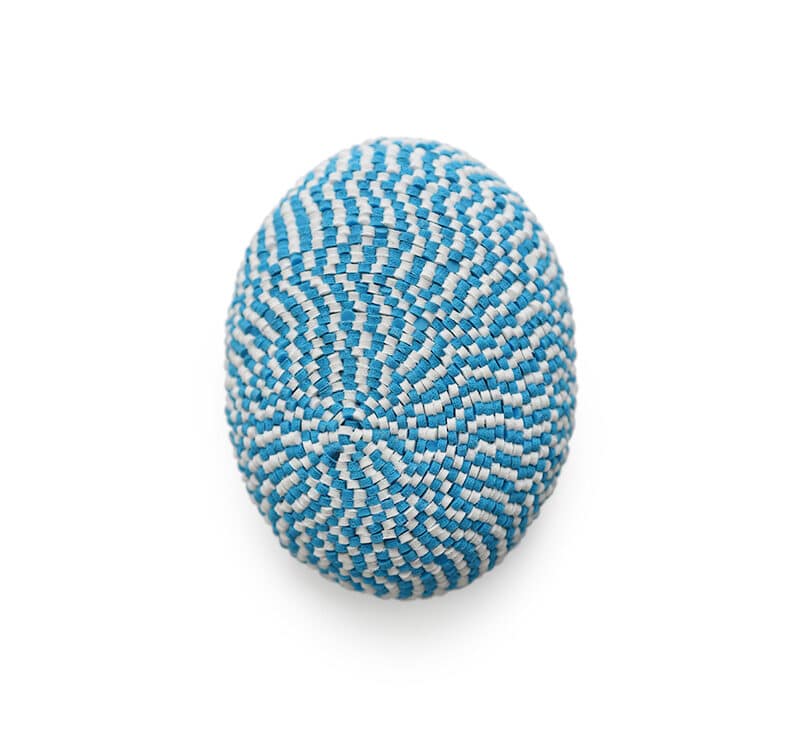 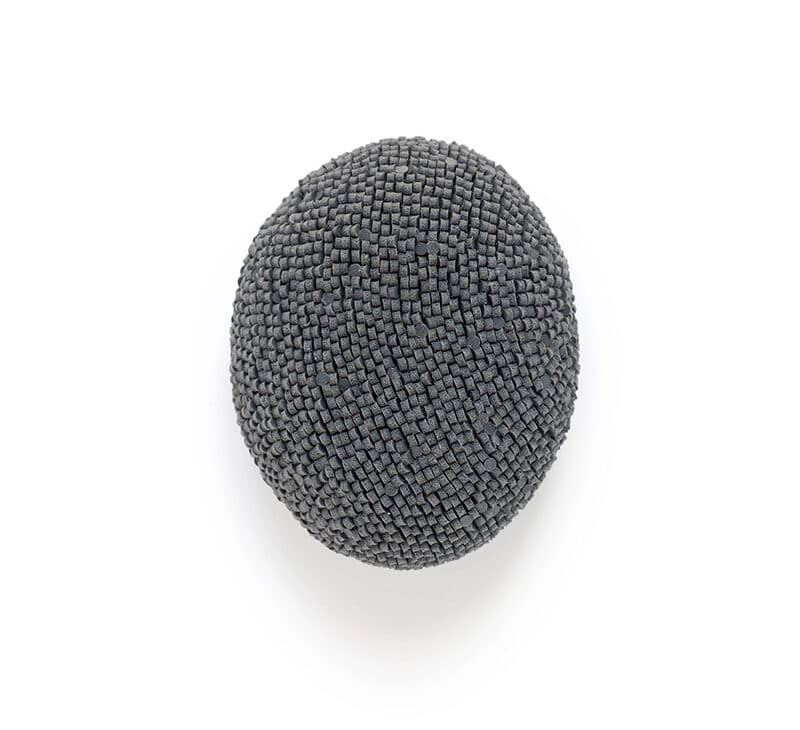 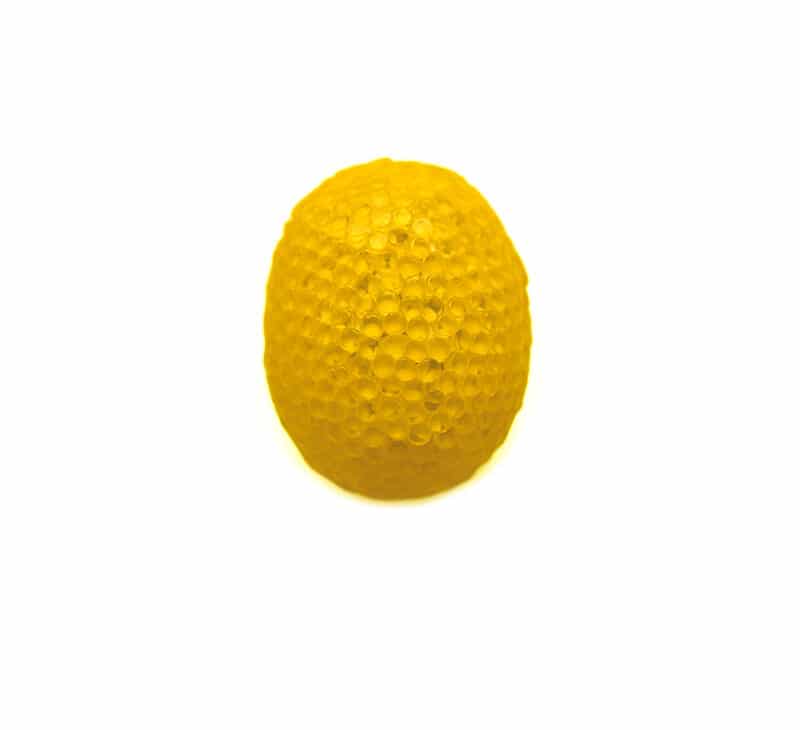 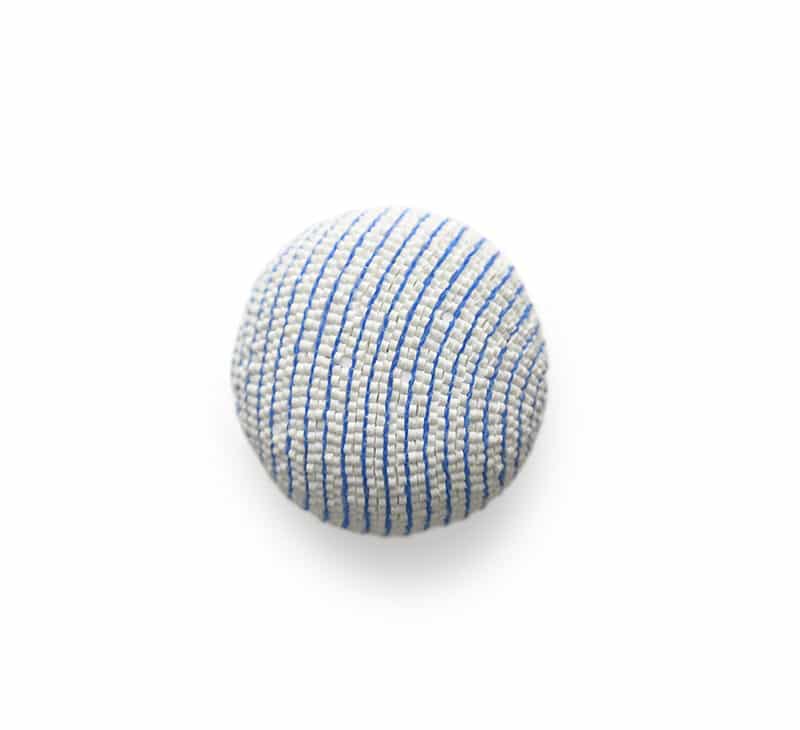 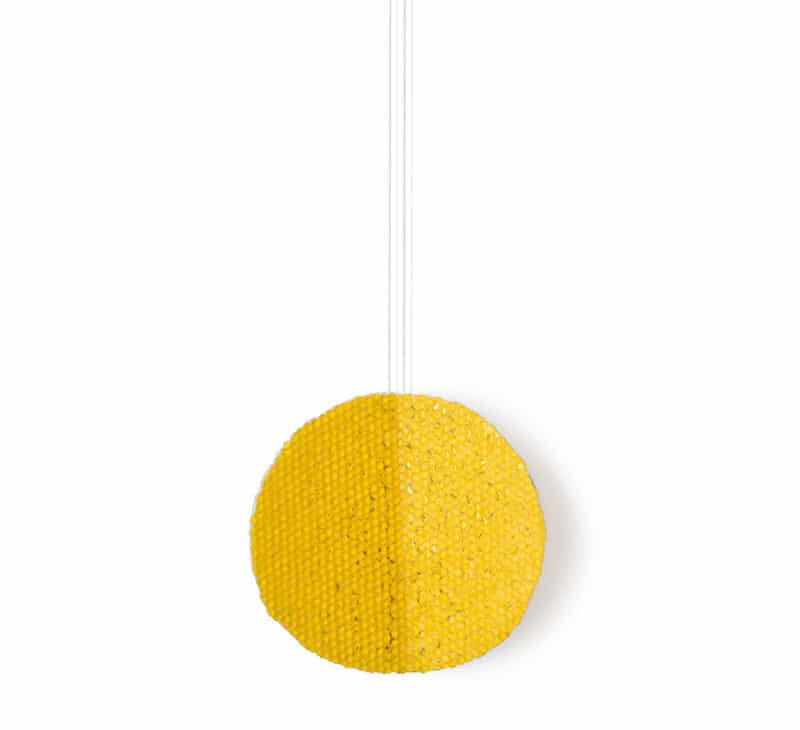 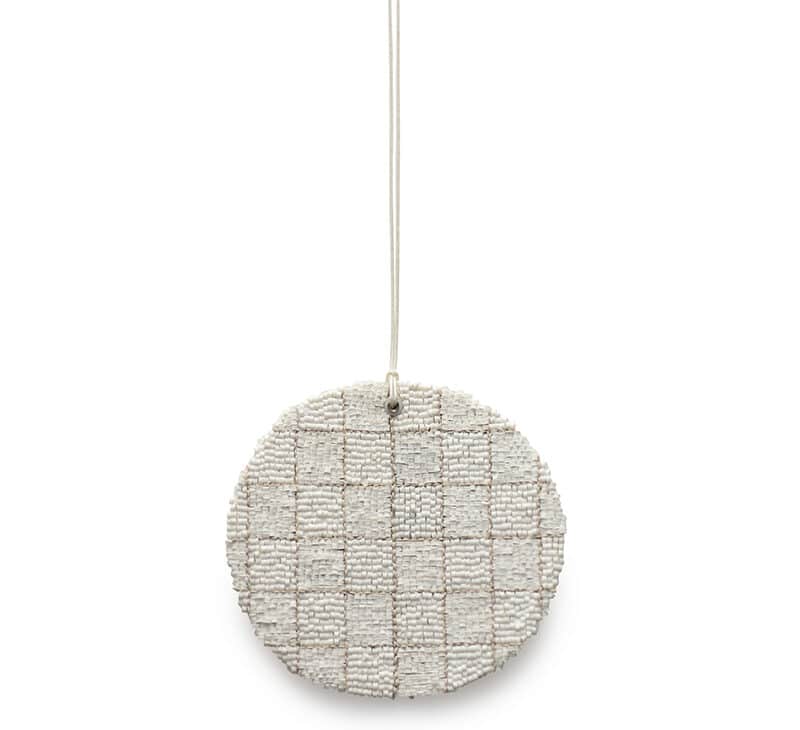 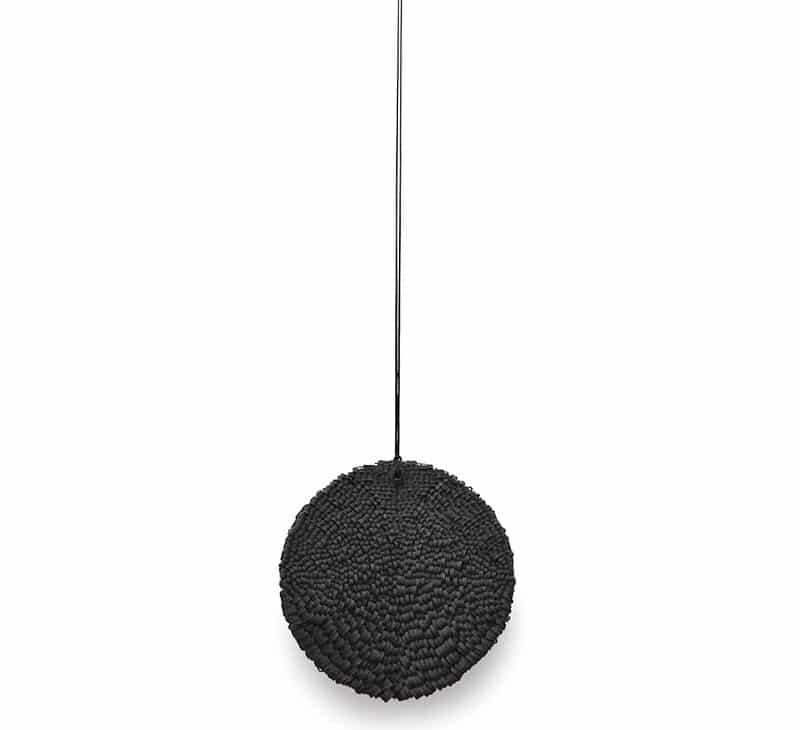 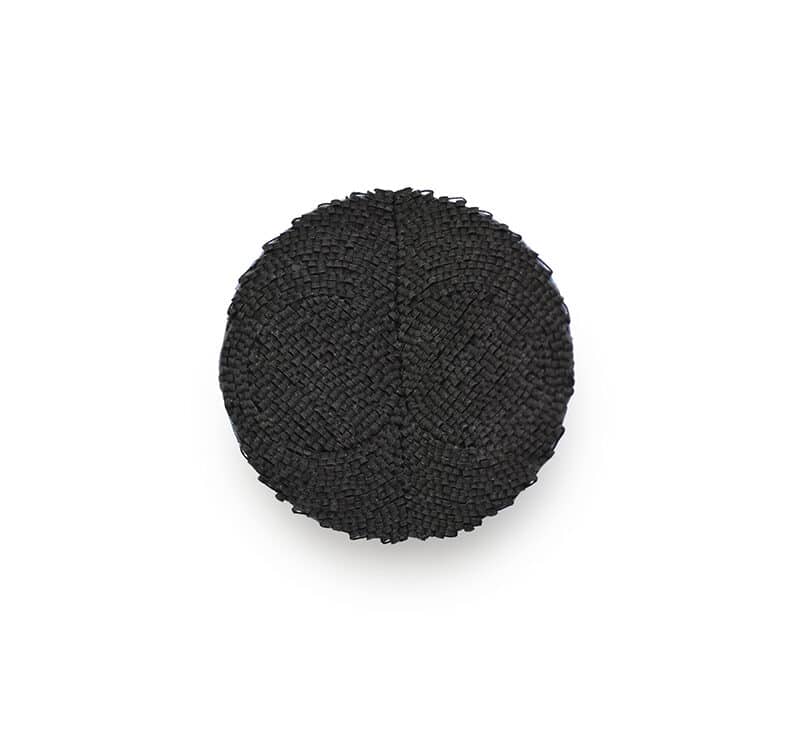 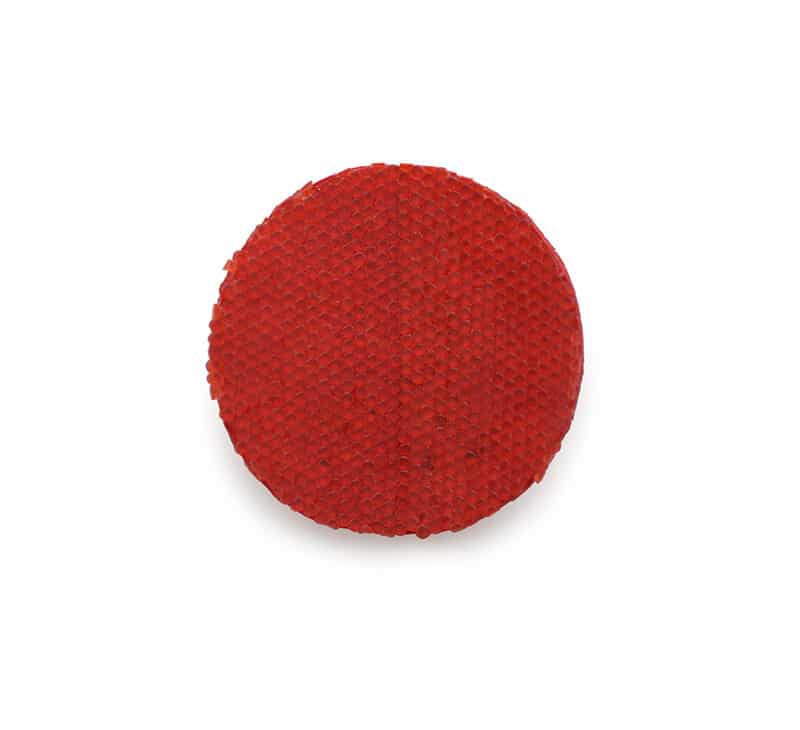 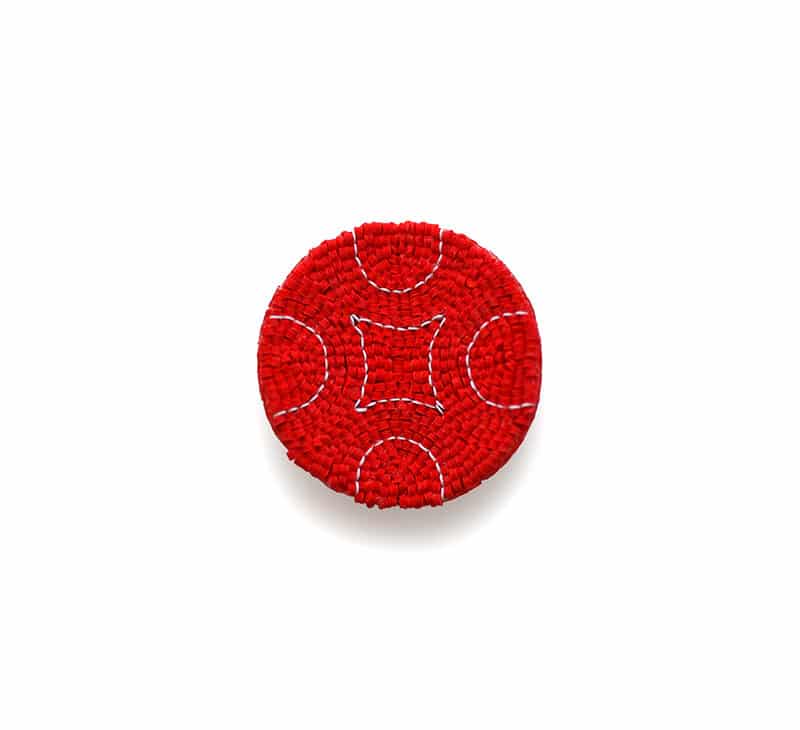 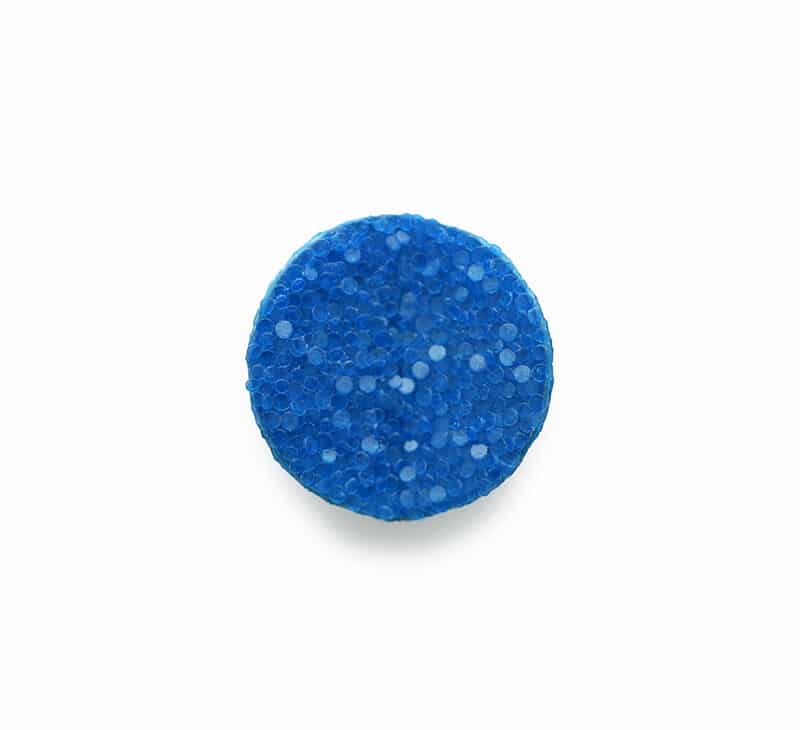 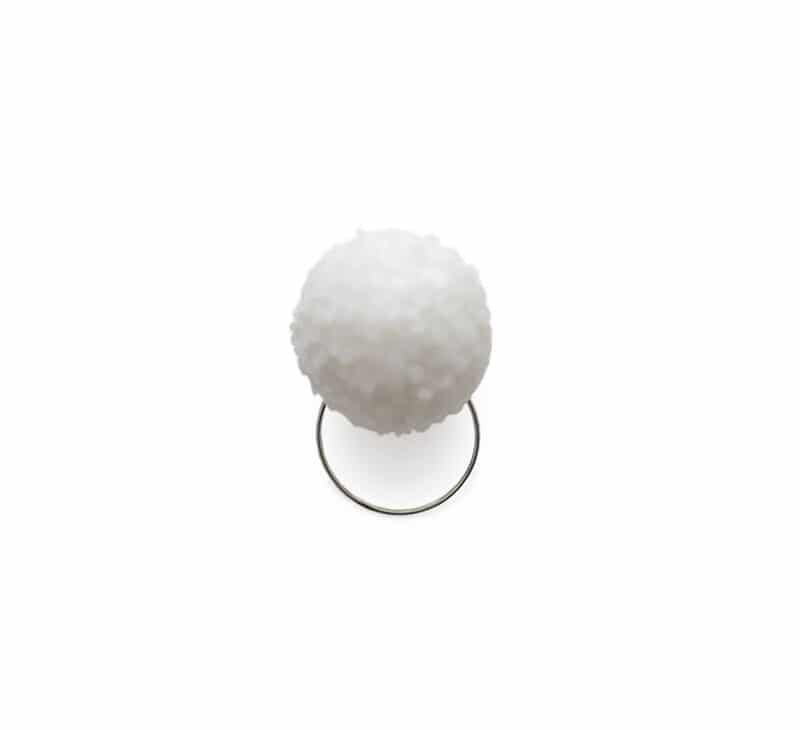 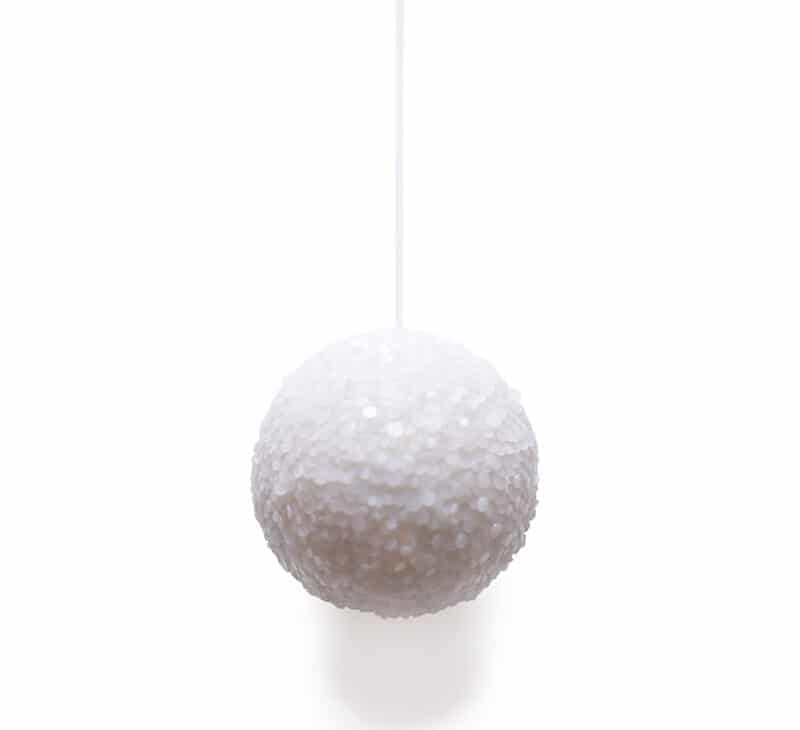 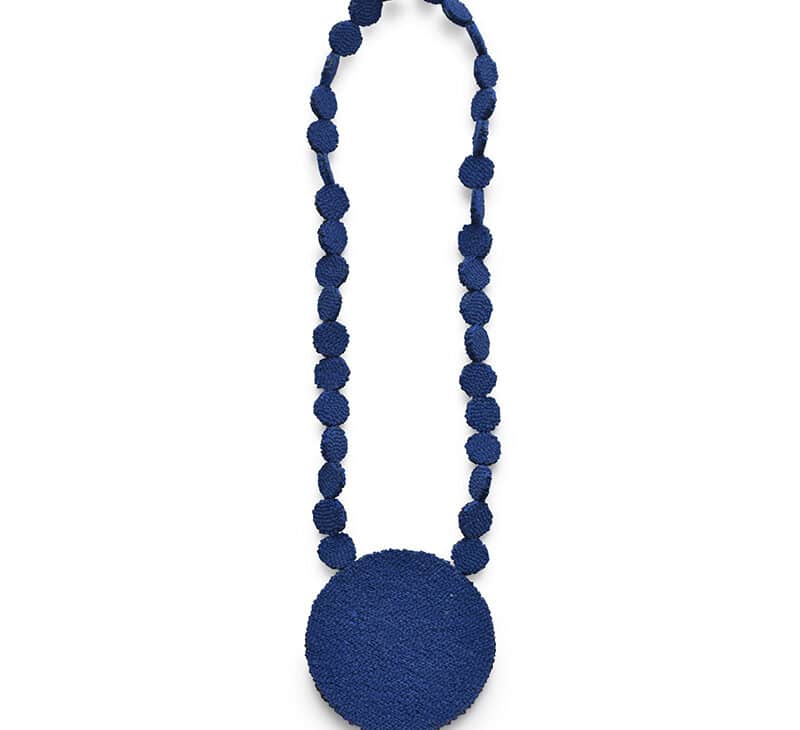 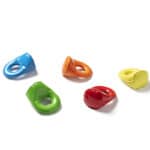 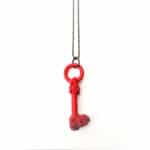