Sandra Enterline graduated in Jewelry and Metalsmithing from the Rochester Institute of Technology in 1980. She went on to earn a BFA in Metalsmithing from the Rhode Island School of Design in 1983. Sandra gives lectures on her craft and conducts metalsmithing workshops.
Enterline’s award-winning work has been featured in solo and group exhibitions throughout the world. Her many honors include two National Endowment for the Arts fellowships (1988 & 1992); the Gold Award, “Ornament Magazine, Excellence in Jewelry Winner,” Smithsonian Institution Craft Show (2005); Grand Prize Winner, “Crocker Kingsley 73rd Exhibition,” curated by Gladys Nilsson, Crocker Art Museum; and a nomination for the National Design Awards, Smithsonian, Cooper Hewitt, National Design Museum (2003). Her pieces are in the collections of both national and international museums. 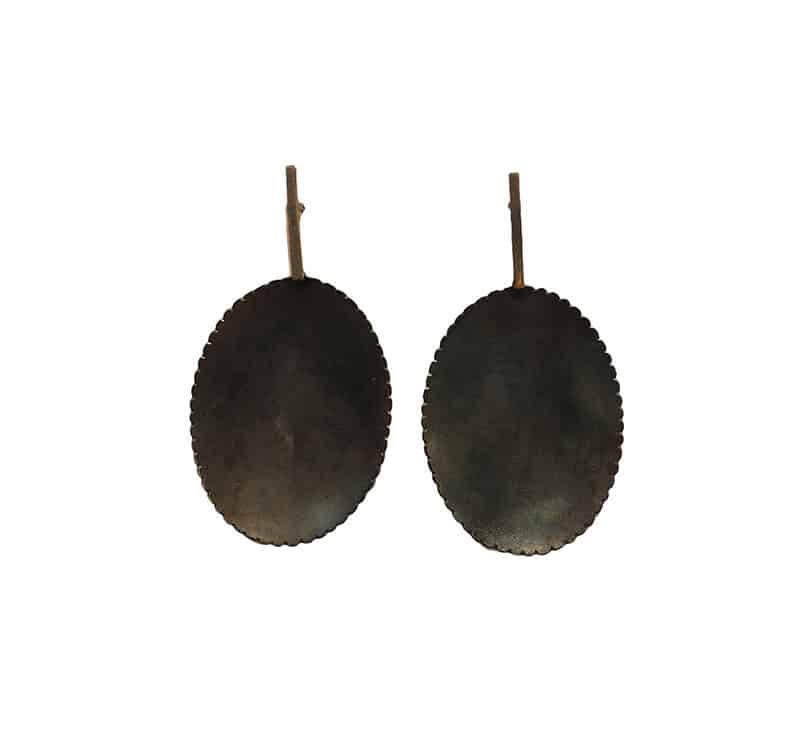 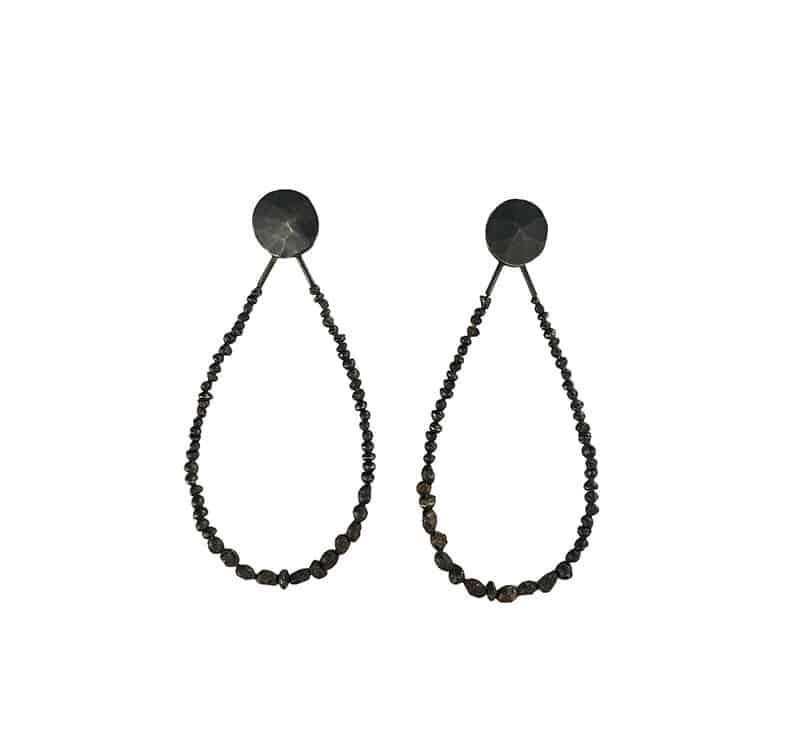 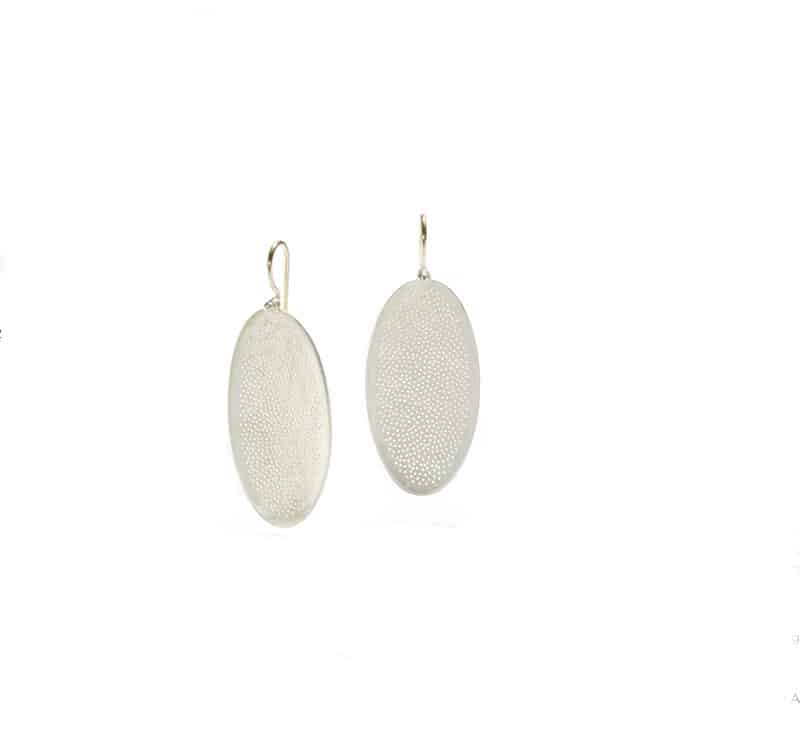 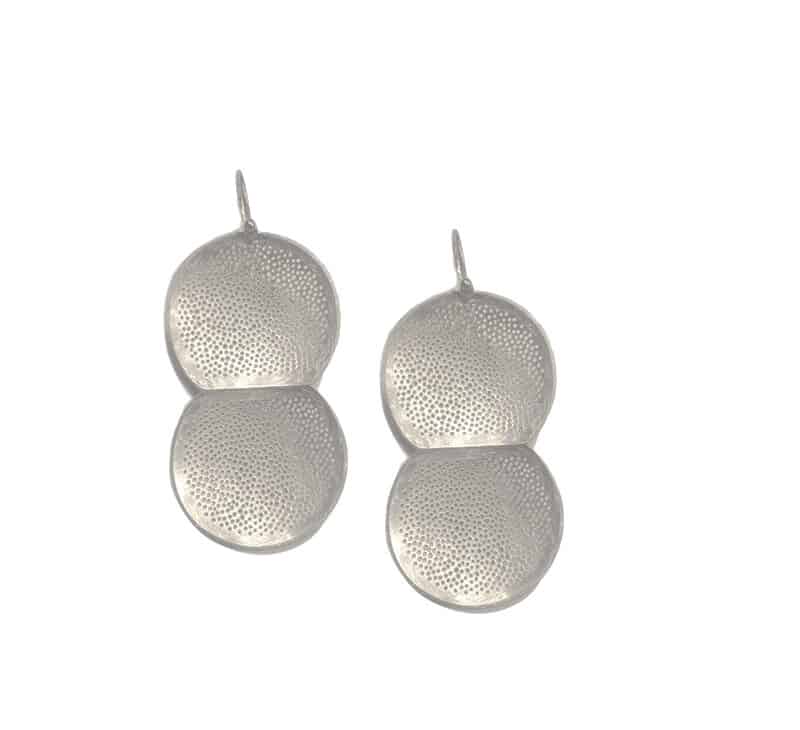 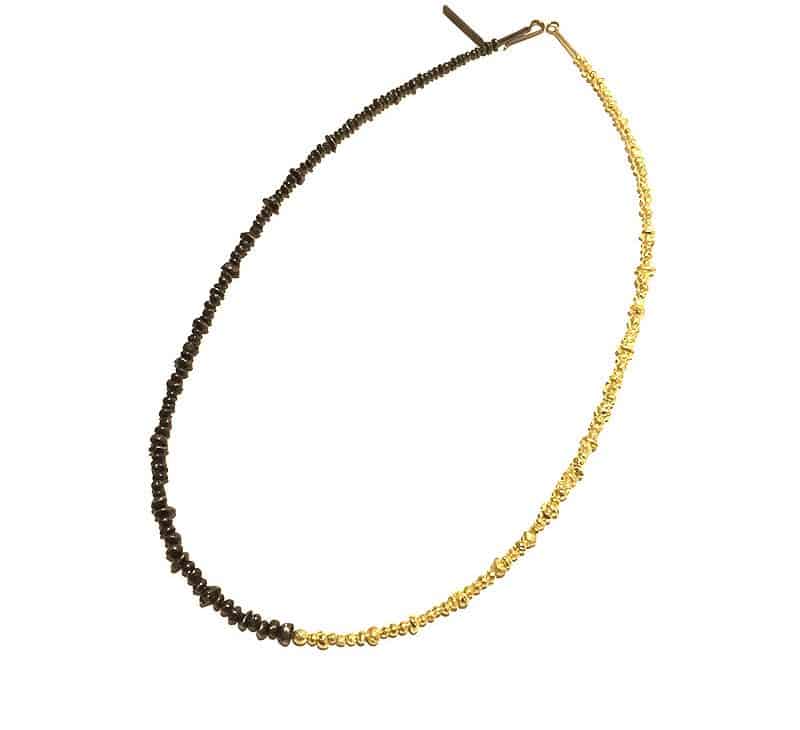 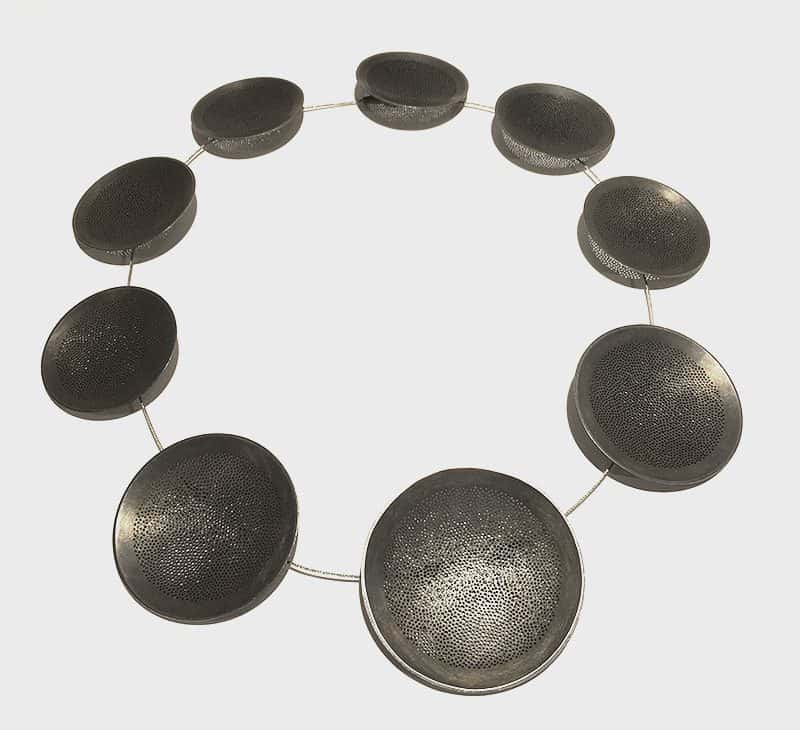 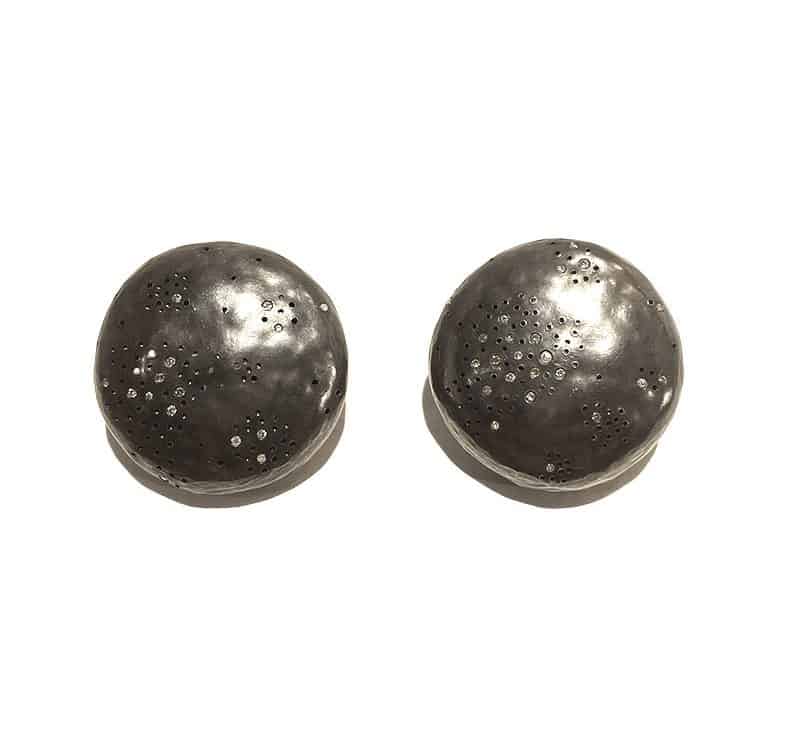 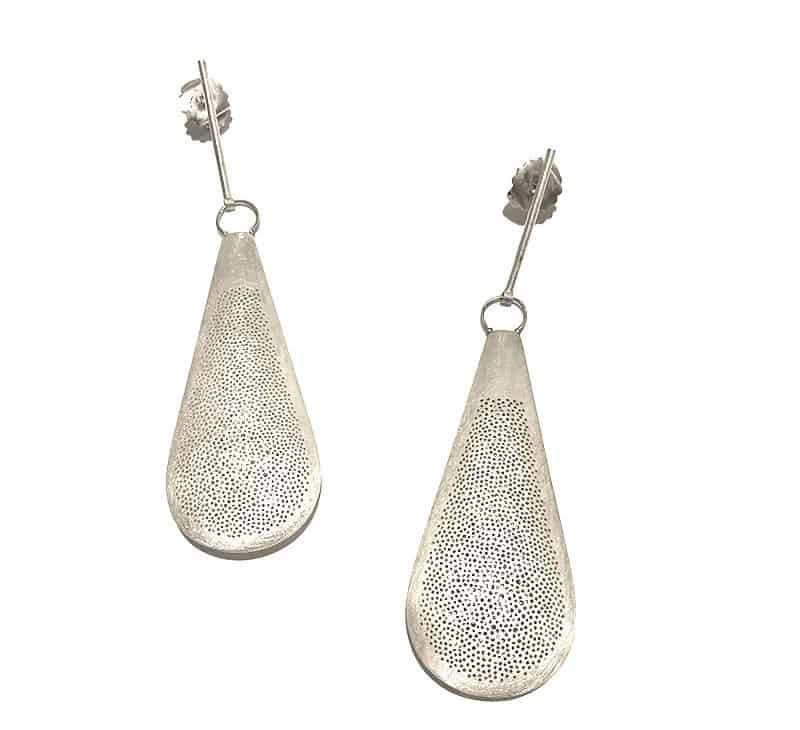 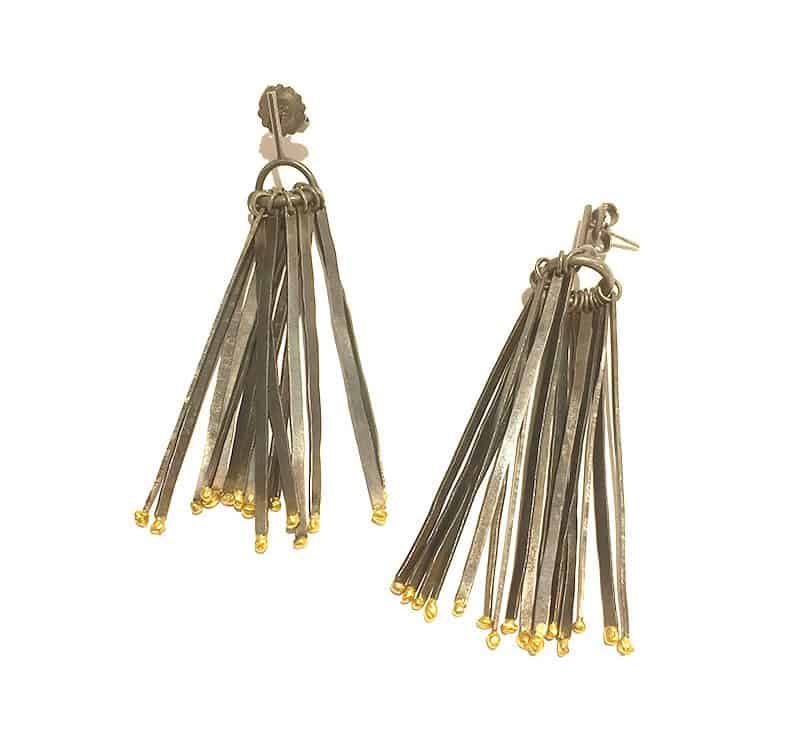 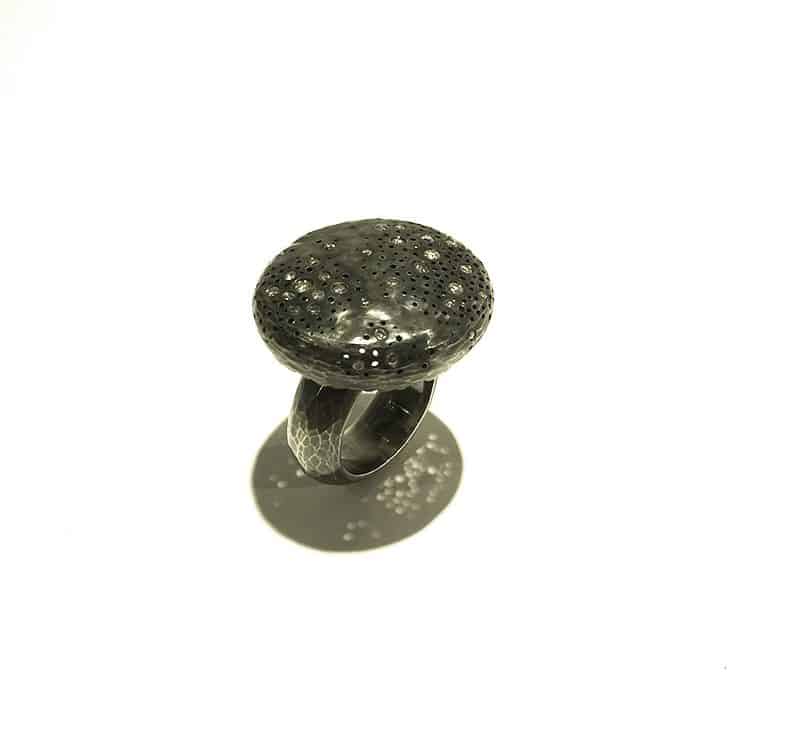 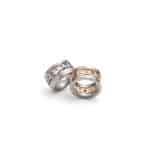 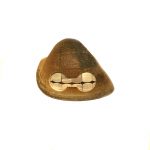