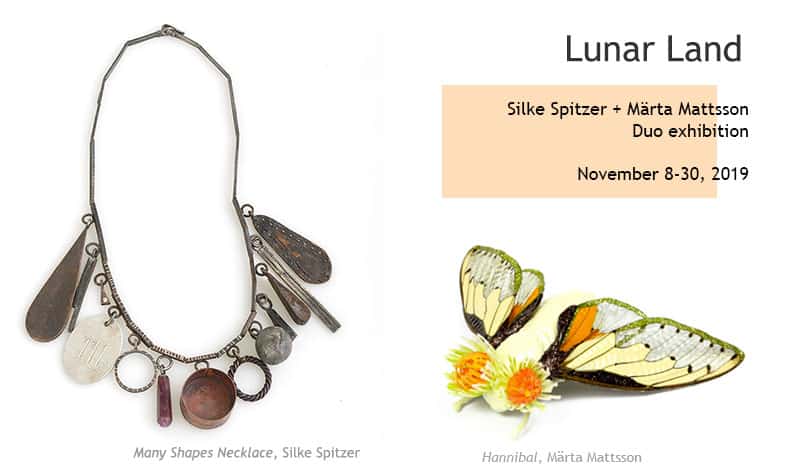 From the 8th to the 30th of November, Galerie Noel Guyomarc’h will host the exhibition Lunar Land, which will feature the work of artists Märta Mattsson and Silke Spitzer. By choosing the title Lunar Land, these two artists invite us into a dreamlike and ludic world, while questioning our connection to the universe that surrounds us and the way in which we imagine the unknown. Like fragments of an invented mythology, their creations transgress the boundaries of this world and materialize into propositions full of candor and curiosity.

Swedish artist Märta Mattsson received her training at the University of Gothenburg, and then at the Royal College of Art in London. Her work has been exhibited extensively throughout the world, in more than twenty solo exhibitions and countless group exhibitions, and she is regularly invited to give lectures and lead workshops on an international level. She received the prestigious Young Applied Artists Award in 2016, which is awarded every two years to a young Swedish designer in the field of applied arts. Her work can be found in several important collections including those of the MAD Museum in New York and the Nationalmuseum in Stockholm. 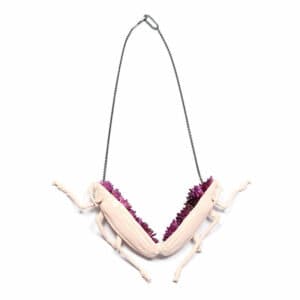 Mattsson tries to discern beauty in the strange, the repelling. Standing on the fine line between attraction and repulsion, her jewellery is made of incongruous materials and takes the form of extraordinary creatures from her imagination. In her most recent work, she explores the theme of mythical creatures imagined by human beings, to escape from everyday life or in the hope of another world. Building on the long tradition of the cabinet of curiosities, in which rare objects are accumulated in order to marvel at their strangeness, Mattsson tries to evoke the fantastic by creating hybrids from objects and creatures that have been cut, transformed and then rebuilt to reappear in a different form.

German artist Silke Spitzer received her training at the University of Pforzheim, where she first focused on painting before turning to jewellery. In 2011, she co-founded the Berlin-based jewellery school Coop Gold, which provides instruction in traditional and contemporary jewellery making techniques, and continues to teach there to this day. Her work has been awarded many times over the course of her career, in addition to being exhibited around the world. 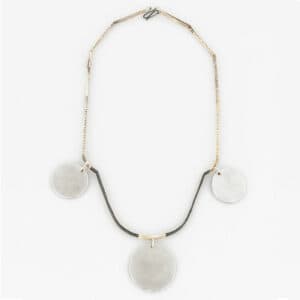 As a result of pushing her own limits at the technical, artistic and personal level through the various experiences that have been part of her career to date, Spitzer has come to favour the use of non-precious materials, most often found in her surroundings, in her daily life. His most recent series of necklaces, which occupy the body and space with their marked presence, skillfully combine the sophisticated with the vernacular. Like delicate armours, her anachronistic-looking necklaces contrast with the frantic rhythm of modern everyday life, while approaching the pure essence of the human being. Like amulets that we would carry on a journey to the unknown, each work is composed of fragments of our world, and proposes a new language that is only waiting to be interpreted.

Märta Mattsson and Silke Spitzer will both be present at the exhibition opening on November 8, from 5pm to 8pm. The exhibition will continue until November 30. 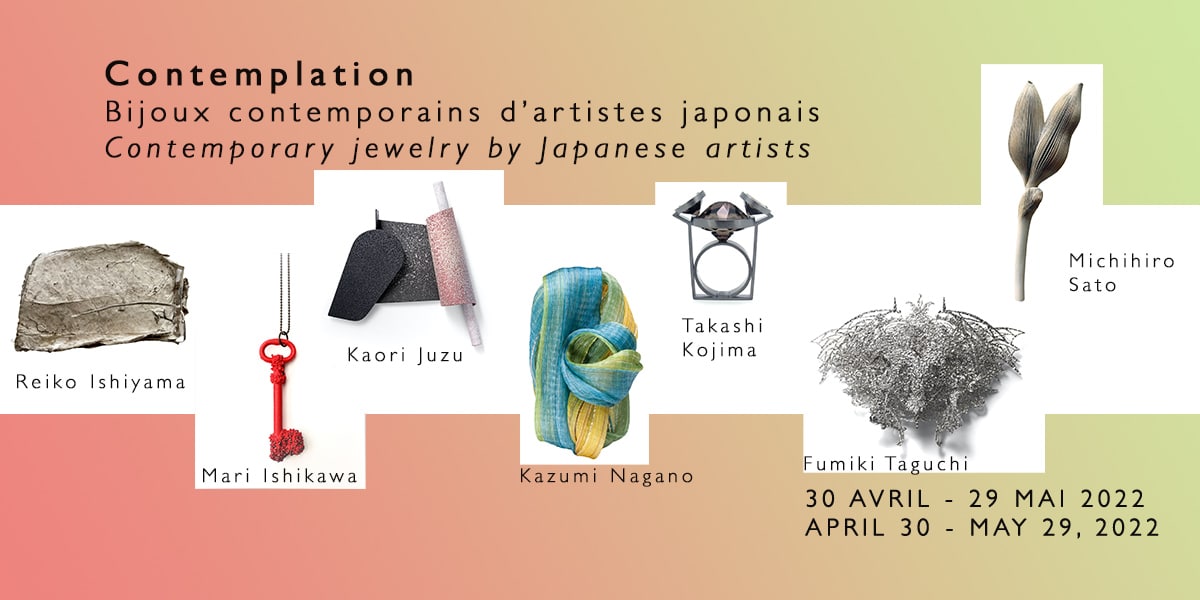 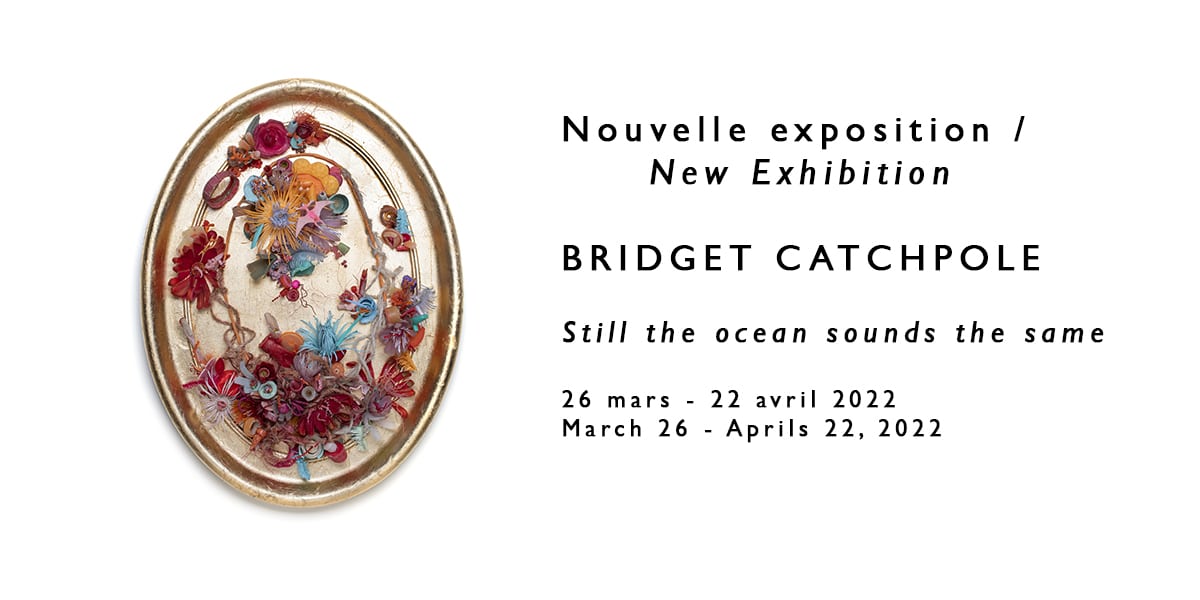 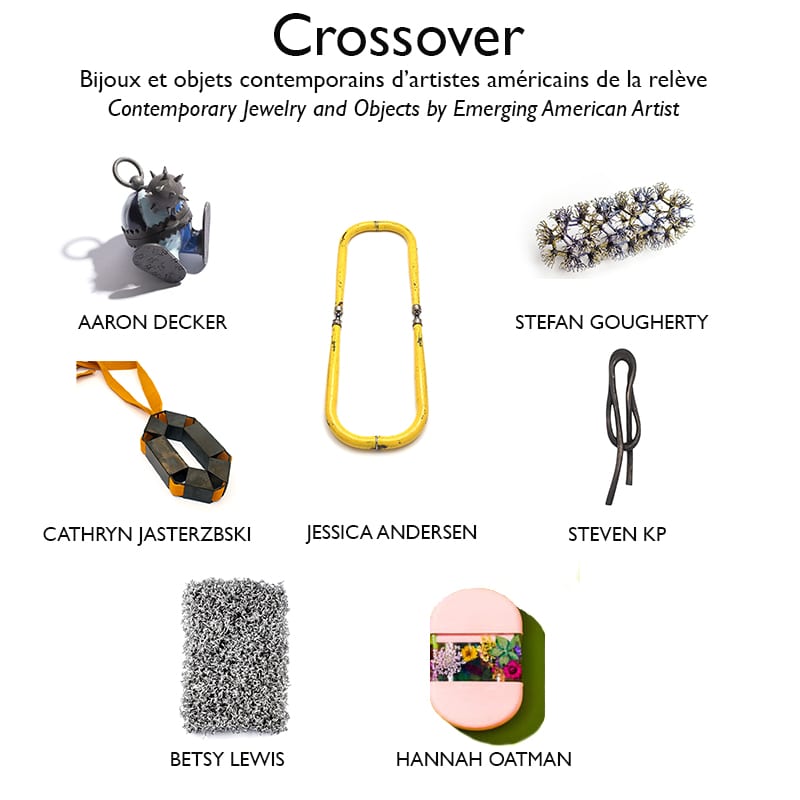 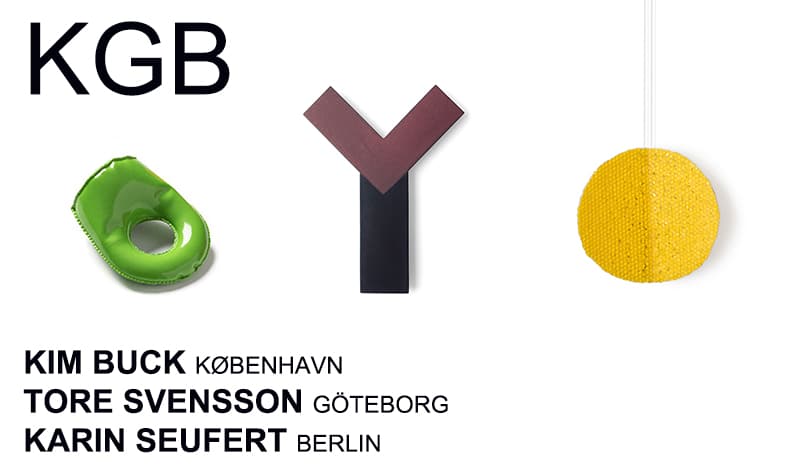